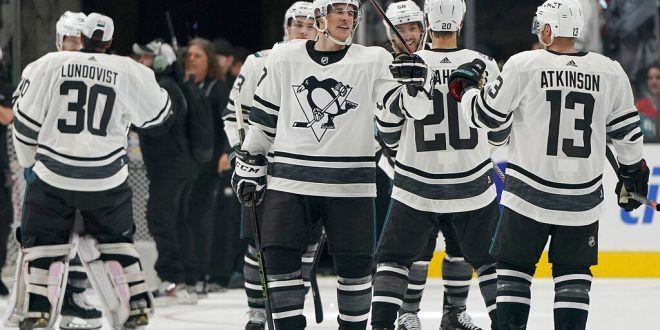 In conclusion of what was an eventful NHL weekend in Silicone Valley, the Metropolitan Division defeated the Central Division 10-5 in Saturday’s championship game. Pittsburgh Penguins superstar Sidney Crosby led the way with his two goals and three assists, gaining himself All-Star MVP honors.

Saturday’s All-Star tournament is the third one to take place since the first one was played in 2016. The games consisted of 3-on-3 play consisting of 10 minute halves.

There was no stopping Metro from winning the tournament as they went on to defeat the Central division easily in the championship. Although the All-Star game may be viewed as fun and games to most, New York Rangers goaltender Henrik Lundqvist says the Metro team was focused on winning the tournament from the start.

The championship game sealed up what was a successful and symbolic day for the All-Star.

Crosby scored a total of four goals and had four assists on the same ice where he won the 2016 Stanley Cup, his second of three. He talked about how meaningful playing in San Jose is for him.

Overall, Crosby believes that the All-Star Game was a success because it allowed for fans to see their favorite players in a different light compared to when they’re zoned in and only focusing on the game itself.

Since coming into the league in 2005, Crosby has achieved almost everything possible. He is a nine time All-Star. Yet, Saturday scratched another achievement off Crosby’s list when he won his first ever All-Star Game MVP.

To the sound of boos in San Jose…