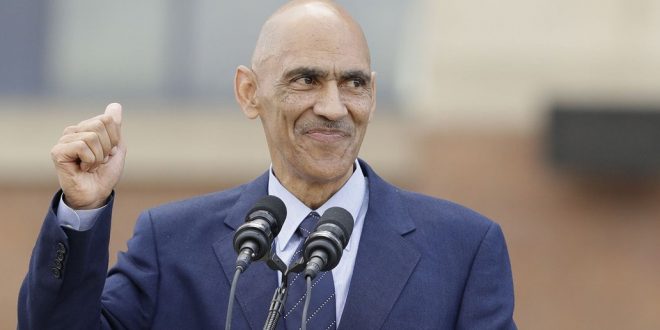 Tony Dungy was in Gainesville earlier this week to promote his new book, “The Soul of a Team”. While he was here, the Pro Football Hall of Famer appeared on “Sportscene with Steve Russell” to discuss the book, as well as share his thoughts about Sunday’s Super Bowl.

Tony Dungy knows a thing or two about the Super Bowl. Having appeared in one as a player (XIII with the Steelers) and a coach (XLI with the Colts), many people want to pick the brain of somebody with his experienced background, and the soft-spoken Dungy is always happy to answer.

This season, Dungy likes the Patriots due to the familiarity that comes from New England.

“I just think it’s hard to pick against New England now,” Dungy said. “Not many people are going to bet against Tom Brady.”

If anybody knows about the player Brady is, it would be Dungy. His Colts team battled with the Patriots often in the playoffs, sometimes coming up a game short of a Super Bowl berth at the hands of New England.

The Magic of Belichick and Brady

Down in the Tampa area, Dungy made an appearance on FOX 13 to talk about Super Bowl LIII. When asked how he thought the Patriots created its dynasty, he gave a couple of ideas.

“I think the biggest thing is that they have this focus and this desire to win,” he said. “Tom Brady works at his craft but he works at getting the other guys on board and helping them as well in being a great teammate.”

Tom Brady and the Patriots will make their 9th appearance in the big game since 2001. This will be the third-straight time New England has represented the AFC in the Super Bowl.

Do Sean McVay and the LA Rams Have the Experience to Win?

Many are doubting what the Rams bring to the table on Sunday, including Dungy. But with a young coach, they don’t lack talent, just experience.

“This is a young energetic team,” Dungy said. “They reflect (McVay’s) personality. He’s 33 years old… everybody knows he’s the leader, but he’s not afraid to defer. One of the first things he did was hire Wade Phillips, a 70-year-old defensive coach. He’s very I’m not afraid to have senior people around me and lean on them.”

McVay may be young, but his football pedigree is second-to-none. Add veteran Wade Phillips to the mix as Dungy said, and there shouldn’t be any excuses come game time on Sunday. 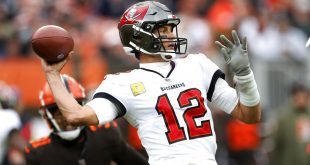