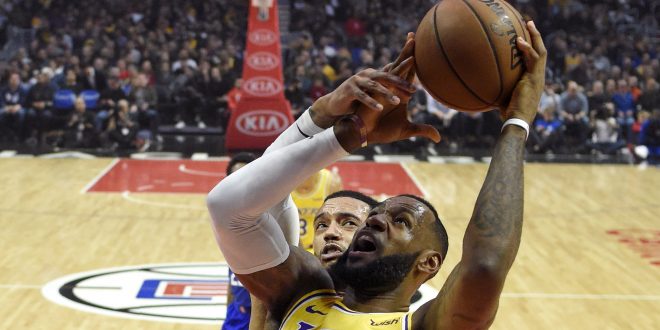 LeBron James returned to action Thursday night after being sidelined for 17 games with a groin injury.

James’ availability for the game against the Clippers was doubtful, but James played 40 minutes and recorded 24 points, 14 rebounds, and 9 assists in the Staples Arena. James led the Lakers to a 123-120 victory over the Clippers in overtime despite not feeling at his 100%.

Here are some statistics comparing the Lakers’ 17 games before James’ injury and 17 games without its captain.

James will look to lead the Lakers to a Western Conference Playoff spot now that he’s back. The Kings’ return comes at an important time with the team in the middle of the most demanding stretch of its schedule.

The Lakers’ next five games are on the road at Golden State, Indiana, Boston, Philadelphia and Atlanta.

The decision sparked Thursday following a 5-minute meeting where the Latvian and the Knicks management concluded that he wanted to be traded.

New York will always have a special place in my heart.
Grateful for everybody who made this journey so special for my family and I. pic.twitter.com/q923ul3Wk4

The Knicks knocked on New Orleans’ door asking about Anthony Davis, but the Pelicans were not interested in Porzingis. New Orleans was skeptical about Porzingis’ willingness to remain in the team beyond his current contract according to ESPN.

The Mavericks are hoping to re-sign Porzingis to a long term contract.

Figuring out a plan to make it big in the soccer scene in the U.S. or anywhere else in the world. For now, I'm having a blast writing for ESPN Gainesville and learning a lot from managers and students around the workplace. I'm covering the TV beat for Gators Soccer. What a team! Follow me on twitter: @J_AguerrevereUF
@@J_AguerrevereUF
Previous Missouri In Hot Water with NCAA After Investigations Conclude Academic Fraud
Next Brady, Belichick, and the Patriots are Ready for Super Bowl LIII