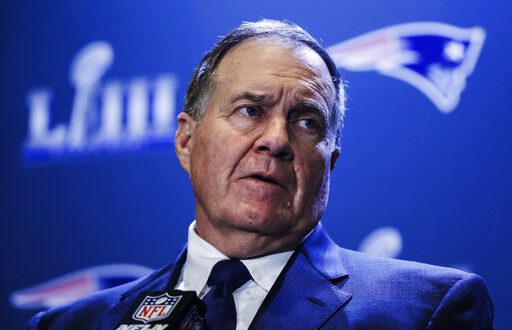 Brady, Belichick, and the Patriots are Ready for Super Bowl LIII

This isn’t unfamiliar territory for the New England Patriots. They are about to play in their ninth Super Bowl in the Brady-Belichick era, and they are ready for it.

By now, the Patriots know that a Super Bowl win doesn’t come easy. In the previous eight Super Bowls that New England has played in, all of them were decided by one score.

In their five Super Bowl wins, the Patriots’ margin of victory is just 3.8 points. They lost by three and four points to the Giants, and by eight points in last year’s Super Bowl to the Eagles.

The Rams are a tough opponent, and the Patriots know they are going to have to give their best effort to capture a victory. New England coach Bill Belichick knows exactly what the team has to do to be at its’ best.

All Eyes on Tom

Tom Brady has a strong case of already being the greatest quarterback of all time. He has another golden opportunity to add to his resume.

Brady has already won 5 Super Bowls, more than any other quarterback in NFL history. He’s 41 years old and in his 19th season, and is still playing at an elite level.

There were some questions about Brady’s level of play earlier this season, but no one is questioning him now.

In his two postseason games so far, Brady has been nearly unstoppable. He threw for 343 yards and a touchdown against the Chargers in a 41-28 win. In a hostile environment at Arrowhead Stadium, Brady navigated the Patriots to a win with two ice-cold drives late in the game and then again in overtime.

For Brady, he’s both enjoying the moment of competing in another Super Bowl and getting ready to do whatever it takes to come out with a win. Brady spoke to the media on the subject:

With the Patriots nearing the end of their preparation, kickoff for Super Bowl LIII is almost here. The Patriots and Rams will be battling it out on Sunday night at 6:30 p.m. EST.