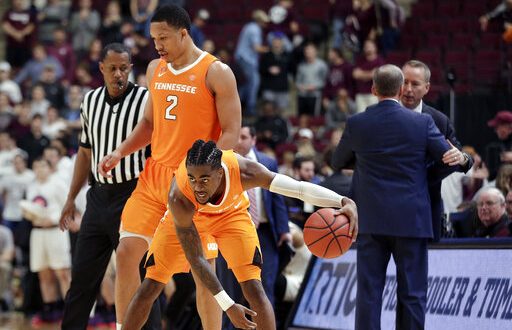 The two conference teams will battle it out for the second time this season. In their last meeting, Tennessee stole the show in Columbia with an 87-63 win. Considering their hot 16-game winning streak and a flawless record at home, Tennessee has the potential to close out the season series on top to 2-0, and carry the streak to 17.

Missouri enters the road match off of positive momentum with Saturday’s home win against Vanderbilt.  But despite a winning record, Missouri has had a tough time against SEC teams. Specifically, against the top SEC teams. Aside from Tennessee, Missouri has lost to No. 21 LSU, South Carolina and Arkansas.

They’ve had some flashes of promise in sophomore Jeremiah Tilmon, averaging 10.9 points per game, and senior Jordan Geist, averaging 13.9 points per game. Four players had double-digit games in the Vanderbilt win, but Tilmon and Geist led the team with 19 points and 15 points respectively.

Senior Kevin Puryear pulled together a strong defensive performance with 10 rebounds but failed to score for the entire game.

Can Tennessee Continue to Reign?

The undisputable No. 1 team over NCAA men’s basketball has shown no signs of slowing down. Their last win against Texas A&M broke an over 100-year record of winning streaks when they earned their 16th consecutive win. A pair of SEC matchups against Alabama and Vanderbilt nearly tarnished their streak of perfection, but Tennessee pulled through down the stretch.

Tennessee’s Grant Williams has had a stellar year, dominating on both ends of the floor. He’s currently averaging a college career-high 20.4 points per game and 7.5 rebounds. He’s slowly giving Duke’s Zion Williamson a run for his money for the NCAA Player of The Year, increasing his NBA draft stock while he’s at it.

Follow the showdown in Knoxville on ESPN2, with tipoff set for 8 p.m.