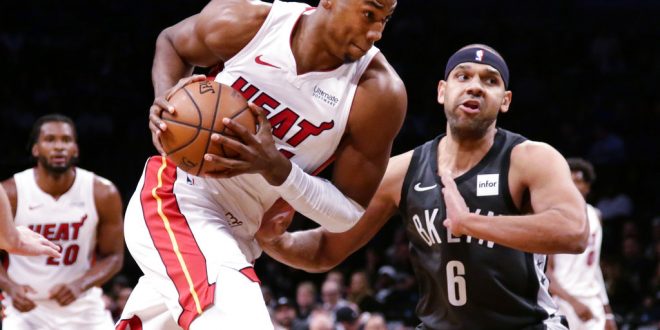 Just when you think the Miami Heat are out of it, they come back from a 0-3 record at home for a 118-108 win over the Portland Trail Blazers. The win now brings the Heat within two games of that .500 mark. The team is keeping themselves in the race for the last playoff spot in the Eastern Conference.

Your @MiamiHEAT open the West Coast trip with a big 118-108 victory in Portland! pic.twitter.com/W7x7pqUO16

Miami coming off a three-game losing streak and the Blazers on a three-game winning streak, but a five-day break. The Heat were able to keep the lead the entire game with just a few close calls in the last quarter. They were there to play and Portland didn’t seem to have the energy.

Hassan Whiteside was more engaged on the night and helped snap the three-game losing streak for the team. He scored 28 points with 11 rebounds and Dyawne Wade added 22 points and 9 rebounds.

Joining Alonzo Mourning, Tim Hardaway, and Shaquille O’Neal – Chris Bosh will become the fourth Heat player to have his jersey retired. The ceremony will take place during halftime March 26th of their matchup against the Orlando Magic.

It’s a dream come true to be able to share this experience with you! In my #HOME of #MIAMI ! See you March 26th. #HEATNation #BoshCalls @NBA @MiamiHEAT pic.twitter.com/445cdAEZxX

Follow the Heat as they continue their West Coast trip with two games this weekend. Friday night they take on the Sacramento Kings at 10 and Sunday they take on the Golden State Warriors with tip-off at 8:30.