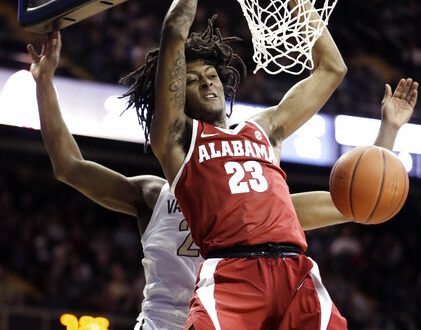 Both Alabama and Ole Miss enter Nashville with something to prove.

The Crimson Tide, sitting at 17-14 and an under-.500 conference record, hope to make a run in the SEC tournament and showcase to the committee why they deserve to be selected on Sunday for the NCAA Tournament.  The Rebels, led by first-year head coach Kermit Davis, look to silence its naysayers that their first-year success is a fluke and prove they’re real contenders in both the SEC and NCAA tournaments.

The Rebels enter the conference tournament with 10 conference victories compared to last year’s performance where they finished with an SEC-worst five wins. Alabama, on the other hand, enters on a three-game losing streak and having lost six of its last eight games.

One of the Crimson Tide’s five conference victories came against Ole Miss on Jan. 23 in Tuscaloosa, Alabama. The Crimson Tide outscored the Rebels 42-26 in the first half en route to a 74-53 victory. Coach Ronny Hamilton, an assistant under Davis in Ole Miss, knows his team has to bring everything it has if its to walk away with a victory against a very physical Alabama squad.

In that loss, Alabama held the Rebels leading scorer Breein Tyree to just nine points, in addition to forcing the Crimson Tide as a whole to turnover the ball 16 times.

Throughout most of the season and all of the conference play, the Crimson Tide have opened up games hot but fail to keep that consistency into the second half. Coach Avery Johnson has identified this worrying trend and hopes his team can turn it around in tournament play.

Alabama has been outscored 701-658 in second halves this season in SEC play, or 43 points. Though on the surface the 2.3 average deficit doesn’t look terrible, it becomes more apparent in its losses. In its 10 conference losses, Alabama was outscored by 55 points in the second half.

Last year’s Crimson Tide entered the SEC Tournament on a five-game losing streak before making a run in the conference tournament upsetting No. 8 Texas A&M and No. 1 Auburn before falling to No. 4 Kentucky in the semifinals. This year’s Alabama squad enters in a similar position having lost its last three contests by a combined 23 points.

Johnson hopes his team will find its footing, like last year’s team, in the most crucial part of college basketball: March. 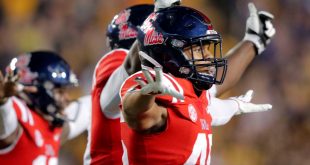 Ole Miss (1-0) faces off against Austin Peay (1-0) in Mississippi on Saturday. Both teams …