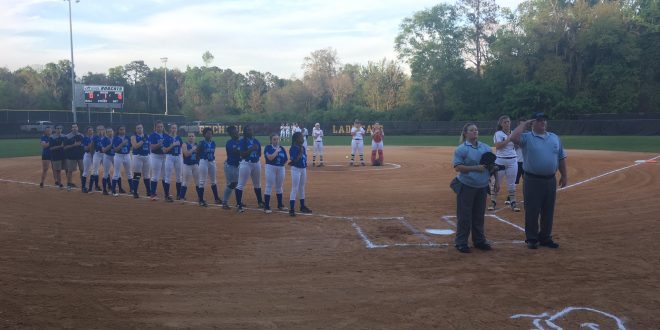 The PK Yonge Blue Wave softball team met up at Buchholz High School to play against the Bobcats Friday night. After a close game, the Bobcats came out on top 10-8.

The Blue Wave were able to get on the scoreboard quickly in the first inning. The Bobcats responded by getting four runs between the second and third inning. After a few difficult innings, the Blue Wave cut into the Buchholz lead by scoring three runs in the fifth inning. However, this wasn’t enough as the Bobcats came out on top.

And that’s the end of the game! After a really close game, the Bobcats come out on top with a score of 10-2. @ESPNGainesville @CamilaMaffuz pic.twitter.com/A6vE87q1bE

We were able to interview Kendall Loveday, assistant coach for the Blue Wave softball team where she commented on the team’s performance.

PK Yonge has been struggling to get a win and now have an overall record of 4-9. They will face the Hawthorne Hornets today at 5 pm.