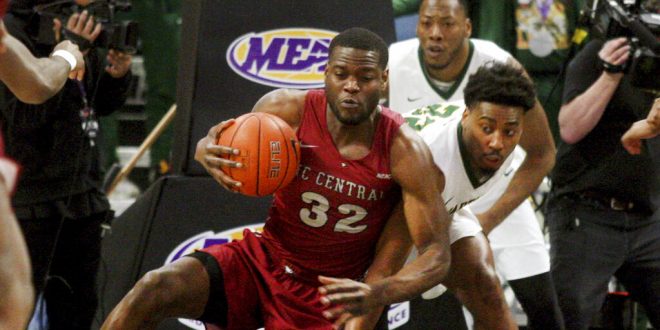 With two play-in games already in the books, North Carolina Central University and North Dakota State University will face off in Dayton on Wednesday night to try to grab one of the last two spots remaining in the field of 64. The game airs on truTV at 6:40 p.m. ET.

It’s a tough road ahead for whichever of these No. 16 seeds advances, with No. 1 Duke waiting on the other side, but neither team is a stranger to the NCAA Tournament. The Eagles are making their third consecutive tournament appearance while the Bison are back for the third time in six years.

The Eagles earned their spot in the big dance with a big run to win the MEAC Tournament for the third year in a row. NCCU comes in with an 18-15 record, but it really struggled on the road this season, going 4-12 in those games.

Wherever redshirt senior center Raasean Davis goes, this team follows. He leads the Eagles with 14.6 points and 8.9 rebounds per game and finished top-10 in the nation with a 64.5 field goal percentage.

NCCU is a very experienced team, with six seniors (four fifth-year seniors) and not a single true freshman. With so many veterans making their final mark on the program, the Eagles have high expectations for postseason.

“Last year was my first year coming, but honestly, I don’t really feel like anything feels different this year,”  Davis said. “Our goals each year is to try to make history, and that’s the same goal this year. So, I mean, it feels the same. We’re happy to be back for the third time in a row. We just want to get us one tomorrow and hopefully try to advance and keep playing.”

The Bison also needed a conference championship to punch their ticket as they finished the season with an equal 18-15 record. NDSU is on a roll right now, as it won all three of its Summit League Tournament games by double digits.

This team does not beat itself. It ranks 15th in the nation in fewest fouls committed per game and 20th in fewest turnovers. At the same time, it is in the top-10 in free throw shooting at 77.4 percent.

The Bison keep players fresh by utilizing their depth. Ten different NDSU players have scored in double figures this season, but only two average that, with Vinnie Shahid at 12.8 and Tyson Ward at 12.3. 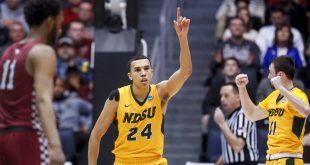 March Madness. Its a crazy time for fans, schools, companies, analysts, and student-athletes. What makes …