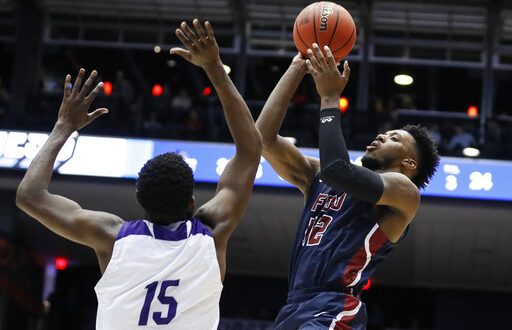 With March Madness set in motion, the NCAA Men’s basketball tournament hosted its first round of games last night. In the First Four matchup, Fairleigh Dickinson went up against Prarie View A&M and Temple took on Belmont.

Both games were close and competitive but Fairleigh Dickinson and Belmont came out with the win in their matchups to launch this year’s NCAA tournament.

Darnell Edge’s best game of his collegiate career came at the perfect time for Fairleigh Dickinson. He scored a career-high 33 points in the game and his contribution helped spark the Knights comeback that ultimately ended with a victory.

Edge helped the Knights come out of a shooting slump in the first half when they started the game giving up a 14 to zero run. Edge was able to limit the damage and ended the first half only down by seven points.

In the second half, Fairleigh was down by 13 but Edge’s scoring and Jahlil Jenkins 20 second-half points changed the momentum of the game in the Knights favor.  The Knights went down by 13 again early in the second but were able to come back and take the lead. After the final buzzer, the score was 82 to 76.

This victory was the first win in NCAA tournament history for Fairleigh and they did it in comeback fashion. Their last appearance in the tournament was three years ago when they lost to Florida Gulf Coast by 31. Heach coach Greg Herenda noticed that Edge was the key difference of the game.

Belmont Makes Their Own School History

Just like Fairleigh Dickinson, Belmont came out with their first ever win in the tournament over Temple 81 to 70. It took Belmont their eighth trip to the tournament to secure their first win. Temple University was not able to hold off Belmont’s offense in the second half as they erupted for 44 points. The second half scoring was led by Kevin McClain who finished the game with 29 points, only two away from his career high.

This loss for Temple has marked the end of head coach Fran Dunphy’s tenure with the Owls. Dunphy spent the last 13 season at Temple and he previously coached at Penn for 17 seasons.

Up next for the two First Four winners, Belmont will head to Jacksonville to take on Maryland and Fairleigh Dickinson will enter the tournament as the No.16 seed and play Gonzaga this Thursday. 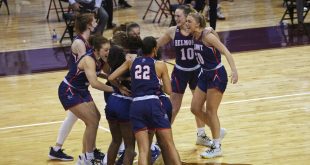