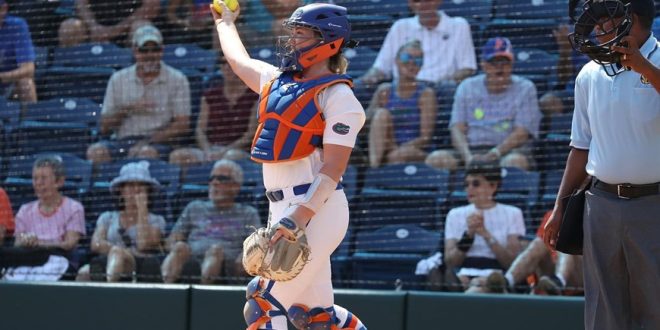 It took four hours and 15 innings to get the job done, but the No. 6 Florida Gator softball team beat conference rival Ole Miss 5-2 on Friday night.

Jordan Roberts got the Gators on the board first with a solo home run over the left field wall in the top of the second inning. Sophia Reynoso put Florida up two with a sacrifice fly in the fourth.

Kylan Becker tied the game in the fifth inning for the Rebels with a two RBI single. It’s the only scoring Ole Miss would get done on the day.

Not much would occur until the bottom 10th inning when Ole Miss had a chance to win the game. The Rebels stranded two on the bases and wouldn’t get a better opportunity to strike.

The hero for the Gators was none other than Kendyl Lindaman; her three-run home run in the top of the 15th inning would give Florida the lead and the Gators didn’t look back from there.

Barnhill on the Mound

Kelly Barnhill was spectacular yet again as she went all 15 innings for the Gators in the circle; her record improves to 19-3 on the season.

If Barnhill was at all fatigued, she showed no signs of it. The All-American pitcher threw 205 pitches en route to 17 strikeouts while allowing just two earned runs.

15 Innings!! We're going to go get some sleep before we play again tomorrow at 2 p.m. (ET) #GoGators pic.twitter.com/oEIao8DUnX

The Gators are back at it tomorrow in the second game of this three game series at Ole Miss. First pitch is set for 2 o’clock. 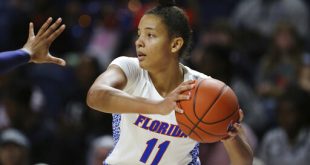 Gators Travel to Nashville in Matchup With Vanderbilt