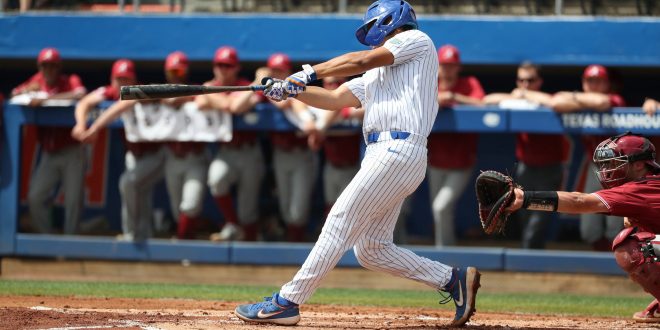 Coming off a sweep over Alabama and a 12-1 midweek victory over Florida A&M, the No. 21 Florida Gators are looking to improve their SEC record against a talented No. 8 Ole Miss.

After a dominant performance on the mound last weekend against Alabama, pitcher Tommy Mace will take the start on the mound for the Gators. Mace pitched his first nine-inning game against the Tide last weekend, allowing three hits and one run while striking out seven batters.

It is undetermined who will start the rest of the weekend on the mound for the Gators. Furthermore, Tyler Dyson and Jack Leftwich were last weekend’s Saturday and Sunday starters.

The Gator’s bullpen had a huge impact in last weekend’s sweep over the Tide. Christian Scott was named SEC Freshman of the Week after giving up one hit and one run in 4.2 innings.

The Rebels will start off with Will Ethridge on the mound. Ethridge began the season strong, posting a perfect record and giving up four runs through the first four games.

The Gators are continuing to roll after a much-needed series victory over Alabama and a dominant midweek victory over Florida A&M.

Florida has seen continued success at the plate in their last five games. Brady McConnell continues to lead the Gators with a .370 batting average and 44 hits on the season.

Additionally, Kendrick Calilao has continued to produce runs for Florida. Calilao has 35 RBI on the season, tieing fifth in the SEC.

Nelson Maldonado went three for three at the plate against Florida A&M, hitting a home run and recording one RBI.

A Look At Ole Miss

Ole Miss took an impressive series victory over Arkansas but took a step back in their 6-10 midweek loss to North Alabama.

The Rebels displayed both a strong offense and defense against Arkansas. Tyler Keenan led the Rebels’ offense, recording his eighth home run of the season. In addition, Keenan leads the SEC with 43 RBI.

Defensively Ole Miss is led by catcher Cooper Johnson. Johnson has been a strong presence behind the plate, throwing out multiple attempted steals.

You can catch coverage of this weekend’s series on the SEC Network+ or listen live to 98.1 FM/850 AM WRUF. Live coverage of Saturday and Sunday’s games will be on 103.7 FM The Gator.