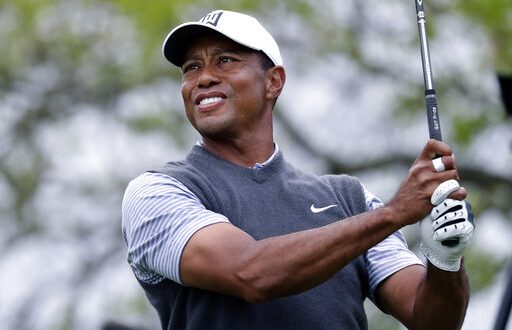 Masters Update After The First Round

Round two of the 2019 Masters is set to begin Friday. The first round proved this year as highly competitive with a plethora of golfers within a few strokes of each other. Many of whom are elite golfers with Green Jackets already in their closets.

Here are the hole locations for the second round of #themasters. pic.twitter.com/NTJedx273Q

Brooks Koepka and Bryson DeChambeau are tied for first with -6. DeChambeau credits his placement to being able to adjust to the different slopes on the course.

Phil Mickelson is in third at -5 and says he came into the Masters playing with a lot of confidence.

Here’s what Mickelson had to say:

After winning the Masters 3 times, Friday will be Mickelson’s 100th round golfing in the Masters.

Today marks @PhilMickelson’s 100th round in #themasters, and with it, a slew of impressive results. pic.twitter.com/eW6rNyvFsG

Dustin Johnson and Ian Poulter are tied for fourth at -4.

Things could change drastically for the leader board after round two because 20 golfers are within four strokes of first place. Some of the golfers in the mix have great track recorders at the Masters.

Big Names Going Into Round 3

Tiger Woods is among some of these golfers at -2. Woods expressed that so far, he’s been actuate with his ball placements.

Helluva ride today on the Augusta Roller Coaster. Let’s see if we can make the ride a little smoother tomorrow. @TheMasters #TheMasters pic.twitter.com/GPF0whMUqH

In addition, Justin Rose and Jordan Spieth both are +3 and need to have a strong round three to stay in the running. This shouldn’t be too hard for Spieth to hunker down in his game, considering the Masters is his favorite tournament.

Meanwhile, Rory Mcllory will also be on the chopping block Friday, because it’s cut day and only the top 50 will advance to round 3 on Saturday.

Round 2 will be aired on ESPN on Friday.

Rounds 3 and 4 will be on CBS on Saturday and Sunday.