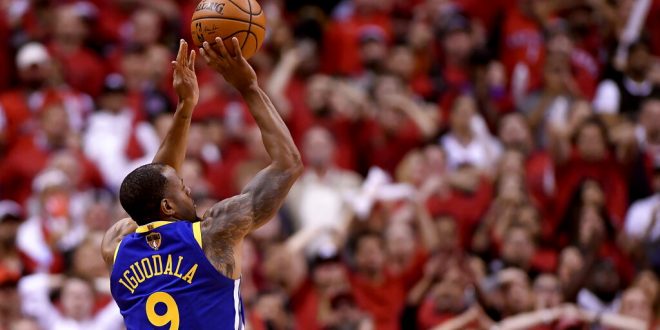 The Warriors marched onto the Scotiabank Arena court and dropped 20-straight points to start the second half.

Because of that surge, Golden State was able to steal a Game 2 victory in Toronto by a score of 109-104 on Sunday.

The 12-point lead that Toronto held going into halftime had slipped away, and the Raptors failed to register points in the third quarter until the 6:20 mark. It was exactly what the Warriors needed. They lost Game 1 on Thursday and were in danger of going down 2-0 to Toronto.

It would have been a tough cross-continent trip back to Oracle Arena.

“I’m very proud of our team, and in particular all the guys off the bench,” he said. “It was a hell of an effort from the bench.”

This game was a story of unexpected performances from Golden States star-studded roster. DeMarcus Cousins had been out for a month with a torn quad and made it back just in time for the Finals. He was a surprise start in Game 2.

Cousins finished his 27 minutes of play with 11 points and 10 rebounds along with six assists. While he isn’t up to his past all-star form, he is much needed on a team that is without Kevin Durant. Star guard Klay Thompson was also out in the later parts of the game with a hamstring injury.

By comparison, Golden State shot 38.2 percent, a normal day at the office for the squad. Steph Curry struggled (3-10 from three), but the constant attention a star of his caliber gathered during the waning minutes of the game opened up an opportunity for a long-time NBA veteran.

The former Finals MVP finished the game with eight points (all in the second half), eight rebounds and six assists. His biggest shot splashed through the net with five seconds to play.

Steph Curry was double-teamed and blanketed, so he kicked the ball out to Iguodala behind the three-point line. Without hesitation, Iguodala threw up a dagger three to lock up Game 2.

Curry admired Iguodala for his veteran presence and Game 2 performance.

“That’s kind of disrespectful to leave Andre Iguodala open like that,” Curry said. “You know, with the game on the line, he’s made big shots like that before. He got it done tonight.”

The Warriors stole an away game in the Finals.

Now, the Raptors need a response.

Game 3 of the NBA Finals will take place at Oracle Arena at 9 p.m. eastern time on Wednesday. 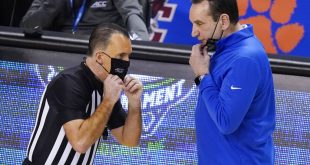 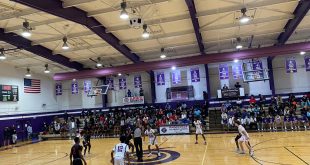 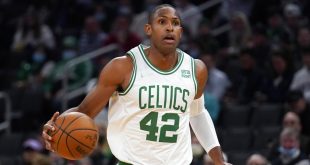