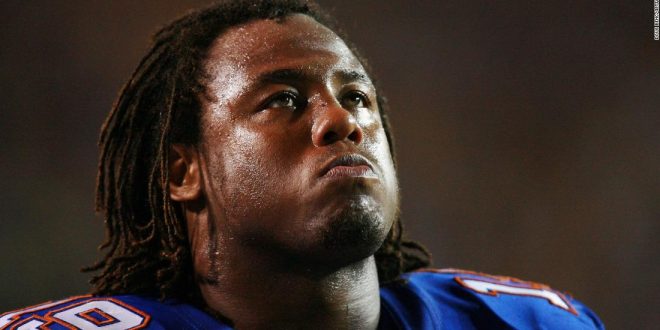 Authorities arrested Tony Joiner, former safety for the Florida Football team, on Saturday. They charged him with the second-degree murder of his wife Heyzel Obando.

Joiner was a team captain for the team in 2007 and was a key player for the 2006 National Championship team.

Joiner played in 47 games for the Gators and had standout years in his junior and senior seasons. In his career, Joiner totaled 150 total tackles with nine and half tackles for loss, and five career interceptions.

Somber news out of @TheNewsPress – Former UF safety Tony Joiner has been arrested and charged with the alleged murder of his wife in a case that was previously unsolved dating back to 2016 – https://t.co/t10bkz7N24 pic.twitter.com/yrXkKdhcXM

Heyzel Obando was found dead on February 14, 2016 in her apartment. Obando’s death was ruled a homicide, however no suspect had been arrested in relation to her death until now. Joiner’s arrest comes more than 3 years after the death of Obando.

Joiner has a previous history with domestic violence against Heyzel Obando. The two daughters of Joiner are now living with Obando’s mother, Isabella Martinez. Martinez addressed the media about the situation regarding her deceased daughter and her former son-in-law.

The mother of Heyzel Obando, Isabella Martinez, spoke out after the arrest of Joiner. He mentioned that it a relief to know more information about the incident after having to wait for three years.

Martinez is happy that Joiner is behind bars and hopes that, “now that he is arrested, he feels the weight of the law”.

Martinez made sure to mention the struggle she has gone through over the years after the passing of her daughter. She has stated though that a lot of weight has been lifted off of her shoulders with the recent news.

Joiner was held without bond in the Polk County Jail. He’ll be transferred to the Lee County Jail after his first hearing.

This is still a developing story.

Previous NCAA Baseball Super Regionals Roundup
Next Can the Warriors Stay Alive in the NBA Finals?