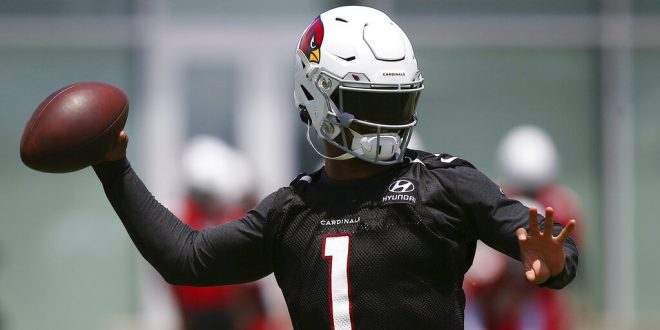 For the 2018 season, rookie Josh Rosen had his moments. Rosen started in 13 out of the 14 games he played for the Cardinals.

During week four, Rosen was named as the team’s starter over Sam Bradford, but could still only lead the team to three wins over the season.

Rosen proved to not be the answer at quarterback that the Cardinals were looking for though and following Arizona’s first overall pick of Kyler Murray, traded Rosen to the Miami Dolphins for a second-round pick.

Kyler Murray is one of the most exciting prospects to enter the NFL this year. The former Oklahoma quarterback was awarded the Heisman trophy in 2018. Murray dominated in college football completing 69% of his passes during his senior year for a total of 5,406 yards. He is excited about playing in the NFL and seems to be getting the hang of the style. However, Murray is still just a prospect.

Lamar Jackson was the only rookie quarterback in the 2018 season to bring his team to a playoff. Jackson started his first game for the Ravens after starter Joe Flaco went down with an injured hip two weeks prior.

The Ravens went 6-1 in regular season games in which Jackson had started. He also led all quarterbacks with 695 rushing yards and five rushing touchdowns.

He finished the season with a little over 1,000 passing yards and just three interceptions. The Raven’s former starting quarterback, Flacco was traded to the Denver Broncos for the Bronco’s fourth-round pick in the 2019 draft.

Cam Newton’s shoulder injury towards the end of the season is definitely troublesome for the Panthers. Reports say that the injury is not as serious as once believed, but still worrisome. Newton underwent surgery in January for the problem.

This is Newton’s second shoulder surgery in less than two years. Running back Christian McCaffery is excited to have Newton’s energy back on the team.

The Panther’s are hoping to have a fully healed Newton back for the start of the season, however, if things do go wrong, the Panther’s drafted Will Grier 100th overall in the 2018 draft. Grier finished his college career at West Virginia where he completed 67% of passes during his senior year.

After ending his rookie season with an ACL tear, Deshaun Watson came back in 2018 better than ever. Watson proved that his achievements during his short stint at quarterback in 2017 were no fluke. He looked even better during his second season with the Texans and completed 68.3% of his passes with 26 touchdowns on the season.

Watson is looking to improve even more in the upcoming season and has been working hard during the offseason.

After missing his 2017 season due to shoulder surgery, Andrew Luck came back for the 2018 season and looked as though nothing had changed.

Luck’s seventh year in the league actually proved to be one of his best. He completed 67.3% of passes, which is his career high for a season. He also attempted more passes than he had since his rookie season in 2012.

After his great 2018 season, Luck was named to the fourth Pro Bowl of his career, as well as being given the National Football League Comeback Player of the Year Award by the Pro Football Writers Association.

The 2019 season is already proving to be frustrating for Luck, however. A calf strain has sidelined Luck from spring for a third straight year. This injury does not frustrate Luck as much tough because he can still throw.

At 36 years old during the 2018 season, Ben Roethlisberger set career highs in passing yardage and touchdown passes for a single season.

Only six times in history has a quarterback thrown for more yards than Roethlisberger did in 2018. He threw for 5,129 yards last season, which led the league.

Roethlisberger remains a top quarterback going into 2019 but without star receiver Antonio Brown and star running back Le’Veon Bell how will he fair in the 2019 season?