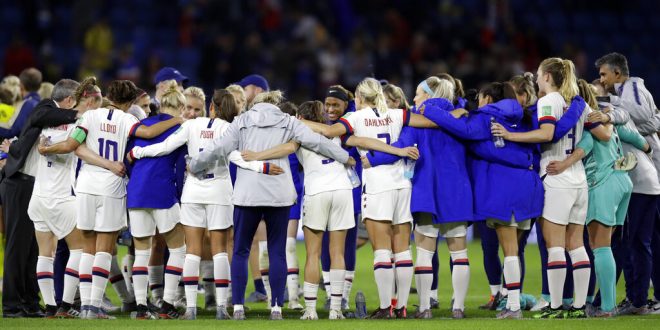 USWNT Faces Spain in Round of 16

The United States Women’s National Team continue to defend their title in the FIFA Women’s World Cup. After three games without conceding a single goal, they’ll clash with Spain in the knockout round on Monday.

After winning the tournament in 2015, the No. 1-ranked United States came into the 2019 FIFA Women’s World Cup as favorites to repeat. A 13-0 shutout of Thailand set the tone for the rest of the group stage, as they went on to keep two more clean sheets while scoring the most of any team in the group stages of a World Cup ever.

A 3-0 victory over Chile followed by a 2-goal shutout of Sweden meant the US won Group F with ease. The team has used a 4-3-3 formation in every game so far, and they are expected to do the same against Spain.

Alex Morgan is likely to get the nod at striker. She is the tournament’s joint top-scorer so far with five goals and tied for first in the tournament in assists with three.

The USWNT is one of the deepest squads in the whole tournament. Only three players have started every game so far: defender Abby Dahlkemper, midfield star Lindsey Horan, and seldom-praised Alyssa Naeher at goal.

Despite a rich history of soccer in Spain, their women’s national team is just now starting to emerge.

Their first Women’s World Cup qualification was in 2015, and 2019 marks the first time they have advanced past the group stage.

Spain, ranked No. 13 in the world by FIFA, poses the toughest challenge yet for the US. Their pass-heavy style of play places an emphasis on retaining possession. Every Spanish player is comfortable with the ball at her feet, and the center backs are capable of launching long balls up the field when needed.

Forward Jenny Hermoso has been Spain’s best player of the tournament. She can play striker, or she can drop deeper and supply through balls to the players in front of her. She led the team in scoring during qualifying, and her good form has carried over to the World Cup. Hermoso has taken the most shots on the team and has scored the most goals.

Overall, Spain has been underwhelming this tournament; they have only scored one goal from open play so far. After a narrow 1-0 defeat to Germany to begin the World Cup, they defeated South Africa 3-1 (in which Hermoso scored two penalties) and concluded the group stage with a 0-0 stalemate against China.

Spain will also likely set up in a 4-3-3 formation. They will look to dominate possession and break down a US defense that has not had much to do this tournament.

The US and Spain faced off in January earlier this year in a friendly. The result was a 1-0 US victory, courtesy of a second-half goal from substitute Christen Press.

This time, there is more on the line in this meeting. The winner advances to play France on June 28 in the quarterfinals of the 2019 FIFA Women’s World Cup.

Four of the eight QF places are now taken, with four left to play.

I'm a senior journalism student at Florida. I love sports, and I love covering sports. I'm one of the beat writers for the Gator soccer team right now, and if you follow me on Twitter @johnmiceli13 you'll never miss a soccer update
Previous VAR Helps England Past Cameroon
Next USA Defeats Spain in Unconvincing Fashion to Advance in World Cup 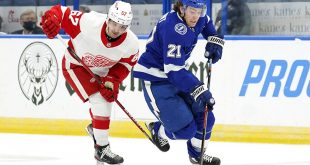 Lightning Failed to Strike Against Detroit