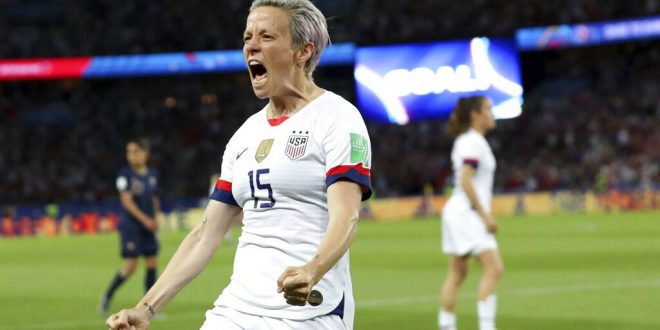 What was once a tournament of 24, the Women’s World Cup is down to four remaining teams. England and the U.S. play at 3 p.m. in what will likely decided the Golden Boot for the tournament.

The top-three goal-scorers of the competition will take part in this game. For the Americans, Alex Morgan and Megan Rapinoe both have five goals each. For the Lionesses, Ellen White also has five goals.

She's the warrior.
The heartbeat of the team.
She's ALWAYS dangerous.

Watch Megan Rapinoe and the USWNT at the FIFA Women's World Cup on Tuesday vs England. Coverage starts at 2 PM ET. #AllEyesonUS pic.twitter.com/3N4lO4KMG9

Rapinoe has carried the U.S. in the knockout rounds of the tournament. She’s scored back-to-back braces, first against Spain in the round of 16, then against France in the quarterfinals. Her four goals are the only goals the U.S. has scored outside of the group stages.

Morgan, on the other hand, scored all five of her goals in that 13-0 bashing of Thailand in Group F, simultaneously breaking a record.

White saved her goals for the various stages of the competition. In two group-stage matches, she scored three goals. Then, in the knockout rounds, she scored one goal per game.

White has proven this tournament that she doesn’t need too many chances to score goals. This time around, however, she may not get the same type of freedom in the attack.

The USA will likely deploy Julie Ertz to man mark White in the attack, limiting the amount of free opportunities she has on goal. Ertz is a terrific defender, previously playing as a center half, and will need to ensure White doesn’t get on the scoresheet.

England’s reliance on White to carry the load for goal-scoring is apparent. After all, England’s next-highest goal-scorers have just one goal apiece.

The players to watch in this game form partnerships for either side. Firstly, for England, it’s Nikita Parris and Lucy Bronze on the right. Although Parris has only scored once on a penalty and missed another, she’s been terrific in the attack for the Lionesses in her right-wing position.

Bronze has also helped the Lionesses’ attack substantially from right back, chipping in with two assists and scoring a banger against Norway from outside the box.

However, the Lioness duo can’t afford continue to play this way against the United States. Parris and Bronze will have more defensive duties against the likes of Rapinoe and Crystal Dunn on the left for the U.S.

Not only does Rapinoe have those five goals this tournament; she’s also added three assists. While Dunn hasn’t gotten forward as much as the likes of Bronze, she’s still registered an assist from left back. As a former winger, she is no stranger to an attacking style of play. 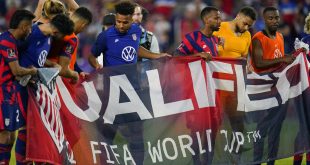