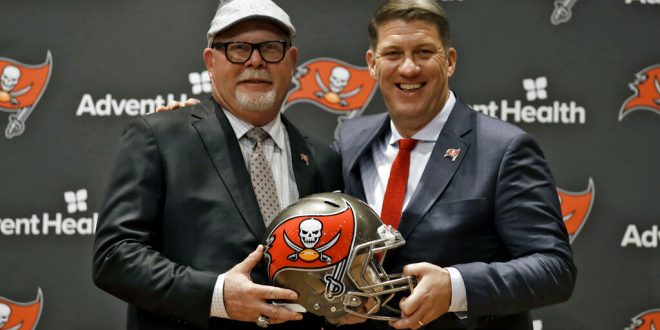 After some changes during the offseason, the Tampa Bay Buccaneers are ready to start a new legacy under new head coach Bruce Arians.

Arians achieved an overall record of 49-30-1 as the head coach for the Indianapolis Colts and the Arizona Cardinals.

The New Jersey native believes that getting the best out of the Buccaneers will be an easier task than it was in Arizona. He took the Cardinals’ 5-11 record in 2012 and improved it to 10-6 in his first year in charge. Arians went on to take the Cardinals to back-to-back playoff runs. In 2016, Arians led Arizona to a franchise-best 13-3 record, clinching its first-ever first-round playoff bye.

Coincidentally, here he is again six years later with the task of turning Tampa Bay’s 5-11 record around in the upcoming 2019 season.

Tampa Bay have made some notable changes in its roster during an off-season filled with transition. Trevor Sikkema, the beat reporter for the Buccaneers, joined Sportscene with Steve Russell about the current state of the team.

Devin White was the fifth overall pick of the 2019 NFL Draft for the Buccaneers. The question asked by the franchises’ decision makers was, “how early should a team pick up a linebacker?”

The former LSU linebacker penned a four-year deal making him the ninth highest-paid player on the team in terms of average salary. The contract is worth $29,315,814, including a signing bonus of $19,340,592.

Like Sikkema said, defensive tackle Gerald McCoy who spent his entire nine-year pro career with Tampa Bay was cut from the team. McCoy became one of the cornerstone of the franchise and a leader, but the Buccaneers did not pass on an opportunity to save money. With three years left on his contract, McCoy’s exit means that the Bucs will be saving the $13 million.

In return, Tampa Bay saved around $3 million by signing Ndamukong Suh on a one-year deal for around $10 million. A good deal since both players play the same position and are over 30 years of age.

Figuring out a plan to make it big in the soccer scene in the U.S. or anywhere else in the world. For now, I'm having a blast writing for ESPN Gainesville and learning a lot from managers and students around the workplace. I'm covering the TV beat for Gators Soccer. What a team! Follow me on twitter: @J_AguerrevereUF
@@J_AguerrevereUF
Previous Jaguars Face Questions as Camp Begins
Next Rays’ losing skid continues while Marlins flirt with perfection