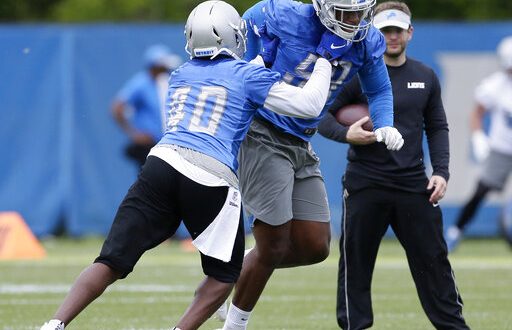 Lions training camp begins on Thursday, and Petry says she is excited to see how the team improves under second-year head coach Matt Patricia. Petry detailed the changes coming to the Lions in an interview with WUFT-TV sports director and Sports Scene radio host Steve Russell.

“Well, year one definitely was a lot of transition to coach Patricia’s system. Offensively they stayed mostly the same…but defensively everything was changing,” she said.

Now, Petry believes more stability will come to the Lion’s defense. However, the entry of a new offensive coordinator in year two will bring massive changes to the Lions’ offensive scheme.

“They’ve got a new offensive coordinator this year, so, it’s less so the defense that’s in transition; it’s the offense instead,” she said.

“Putting in his system, he really wants to focus on running the ball and opening up the passing game,” she said. “There’s certainly a little more comfort as he heads into his second year.”

Former Gators Jarrad Davis and Teez Tabor are both entering their third year in the NFL. Davis and Tabor were Detroit’s first and second round picks in the 2017 NFL Draft.

“It’s been fun reuniting with a couple of Gators here in Detroit,” Petry said. “(Davis) is really considered a leader on this team now. He’s the anchor of that defense there at linebacker. The Lions really like him; I would even venture to say he’s one of the faces of this defense, now.”

While Davis is coming into his own as a defensive stalwart in the middle of the defense for Detroit, Tabor has struggled to secure a starting role.

“Teez Tabor has had to take some time developing and really coming into his own,” Petry said. “He hasn’t really locked down any sort of starting role yet. That position opposite (Darius) Slay is open this year; we’ll see if he’s able to compete and grab that spot.”

The Lions have little time to practice before they unveil their new playbook. Detroit opens up its preseason against the New England Patriots on Aug. 8.