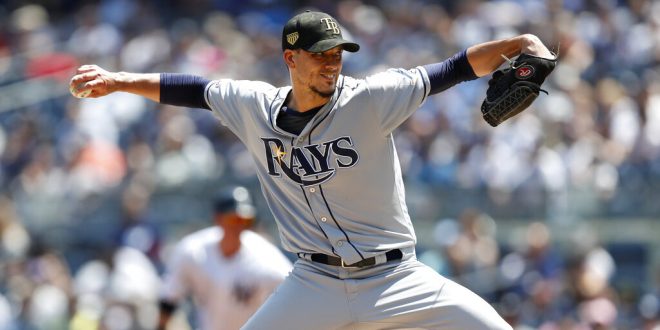 With just over a month left in the 2019 MLB season, the AL Wild Card race is heating up.

The AL is incredibly top-heavy this season, with the New York Yankees and Houston Astros in firm control of the top two seeds.

However, behind the Yanks and ‘Stros, it gets muddled. Four, maybe five, teams could occupy the wild card spots.

Whether it be New York or Houston who draws Minnesota, either team will have its hands full. The Twins lead the AL in home runs with 253 and are on pace to break the 2018 New York Yankees single-season home run record of 268. Minnesota is also fourth in batting average, hitting .271 as a team.

All-star shortstop Jorge Polanco has led the team on offense, hitting .293 on the year and sixth in the AL in hits with 152. German-born slugger Max Kepler leads the Twins in home runs, 35, and RBI’s, 86.

It looked like the Twins were going to run away with the AL Central in the first half of the season. However, the Indians have scraped their way back in the thick of the division race. The back-to-back-to-back division champs are 26-18 since the All-star break and are putting pressure on Minnesota for the division crown.

Currently, the Indians hold the top wild-card spot, sitting just half a game ahead of both the Oakland Athletic’s and the Tampa Bay Rays. The remainder of the schedule isn’t easy for Cleveland either. The Indians travel to Tampa Bay for a three-game series starting August 30th and have to play the Twins six more times. They also have to host Philadelphia and travel to Washington, both NL playoff contenders.

Pitching has carried the Indians to this point, led by All-star starter Shane Bieber. Bieber boasts a 3.23 ERA and 1.01 WHIP. Closer Brad Hand is second in the AL in saves with 31.

If it wasn’t for how electric the Yankees have been so far this season, the Rays would probably be atop the AL East. However, the Rays are going to have to settle for second in the division and more than likely a wild card spot.

The Rays have lost a bit of ground in the wild card race though, dropping the final two games of a four-game series with the Baltimore Orioles. This puts the Rays in a tie with the A’s for the second wild-card spot, but the Athletics own the tie-breaker.

Starting pitching is what’s going to have to carry the Rays. Cy Young candidate Charlie Morton has been electric all season, posting a 2.85 ERA and a 13-5 record. The bullpen has resurged as well. From July 28th to August 18th, the Rays went 14-4 and the bullpen recording a staggeringly low ERA of 0.83.

Prediction: Miss playoffs due to the difficulty of the remaining schedule.

The A’s are the sleeper team that isn’t getting a whole lot of attention. However, Oakland shouldn’t be slept on. The A’s are hot right now, winning eight of their last 11 games. That includes three wins over the Yankees and thee wins over the Astros.

The A’s are also coming off their best performance of the season, dropping 22 hits and 19 runs on the Kansas City Royals in a win.

Oakland doesn’t do anything overly flashy, they hit .249 as a team, they’ve hit 208 home runs, which is fifth in the AL. Their pitching is solid, but not great. Oakland has the fourth-best ERA in the AL at 4.06. The pitching rotation is powered by Max Fiers, who has a 3.46 ERA and a 12-3 record.

Prediction: Get the second wild-card spot.

Their struggles are primarily due to pitching. With Chris Sale done for the year, it leaves an already depleted pitching rotation in shambles. The Red Sox post a team ERA of 4.65, which is seventh in the AL.

If Boston wants a chance to defend its title, lots of ground has to be made up. It won’t be easy, as the Red Sox play the Yankees, Twins, and Rays in the final month of the season. 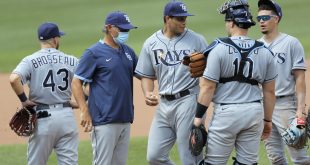 The Tampa Bay Rays are 4-6 thus far to start their 60-game season. The Rays …