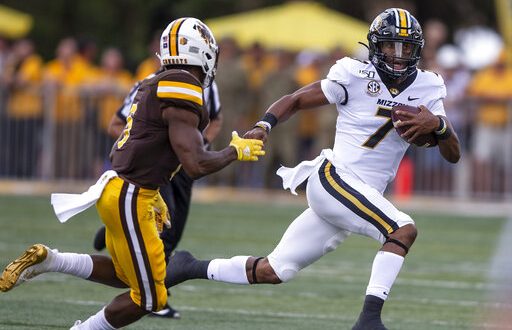 In a clash of the SEC and Big 12, the Missouri Tigers host the West Virginia Mountaineers for a showdown of second chances.

Kelly Bryant + Missouri = A match made in heaven?

Sure, Missouri fell behind in a wacky season opener against Wyoming. Turning the ball over three times isn’t the best look. But a 423-yard game is simply too difficult to ignore. Paired with a 64 percent completion rate, it’s apparent that Bryant still has “it.” Meaning, the lucrative championship caliber quarterback pizzazz he had for Clemson in 2017.  Despite an interception, Bryant had himself a decent game. But he’s going to have to make the most of his lone season in Missouri if he wants any draft potential, or wants to lead Missouri in the direction of the Top 25.

Is Austin Kendall ready to fill Will Grier’s shoes?

A tale of two defenses

Giving up the Wyoming game is slightly alarming for Missouri’s defense. Leaving 27 points out on the line in the second quarter doesn’t bode well for a defense. But the Mountaineers forfeited 172 rushing yards against James Madison. A win is a win, but in a particularly ugly situation like that one, it’s questionable as to whether or not they can stack up to a capable Missouri rushing trio.

Bowl eligibility will have to wait. The Gators fell to Missouri, 24-23, in overtime on …