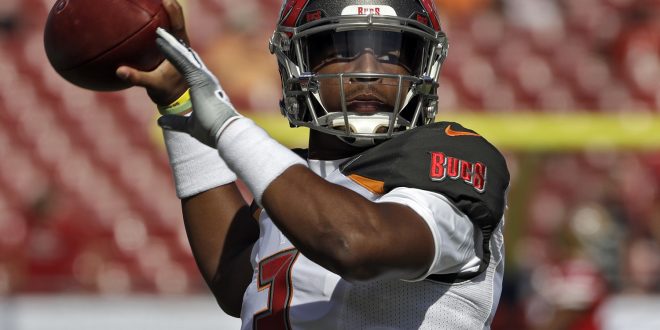 The Tampa Bay Buccaneers kick-off their season against the San Francisco 49ers on Sunday, Sept. 8, at Raymond James Stadium. The Buccaneers ended the 2018 season with a 5-11 and placed fourth in the NFC South.

However, head coach Bruce Arians will finally have his regular-season debut with the Buccaneers. In 2017, Arians announced his retirement from coaching after five seasons with the Arizona Cardinals. However, he signed a four-year contract with Tampa Bay in 2019.

The head coach is excited to watch his team in a real game.

The Bucs are no strangers to the 49ers, but this is the first time in 22 years where the teams will meet for Week One since the 1997 season opener. That season the Bucs started their season with a five-game winning streak and ended the season in a playoff spot. This is history the Bucs wish to repeat with their new leader at the helm.

Four-time starting quarterback Jameis Winston last season had a 64.6 completion percentage for 2,992 yards and 19 touchdowns. in 2018, Winston only played 11 games, and started in 9, due to a three-game suspension for violating the NFL’s personal conduct policy.

In his fifth season and final year of his rookie contract, Winston is ready to write a new story with a new team.

Under Arians, Winston will need to reduce his turnovers but has already dramatically improved in his decision making as proven in the 2019 preseason. Winston’s biggest threat during this season kick-off game will be 49er cornerback Richard Sherman. The 2011 draft pick has no shortage of experience on the field and can force an unwanted turnover for Winston, which can cause a headache this weekend.

Another key player for the Bucs will be tight end, George Kittle. Last season, Kittle had 88 receptions for 1,377 yards, 60 first downs, and 5 touchdowns. Kittle was the NFL tight end leader in yards for the 2018 season.

Coach Arians says it’s going to take more than one to stop him.

I am a fifth-year journalism major, specializing in sports and media. My favorite sport to watch and cover are college and NFL football. When I'm not doing that, I enjoy hanging out with my cat, going to concerts and traveling.
@sportsabrina
Previous Jaguars Open Season Against Chiefs
Next Saban Hoping for Stronger Start Against New Mexico State