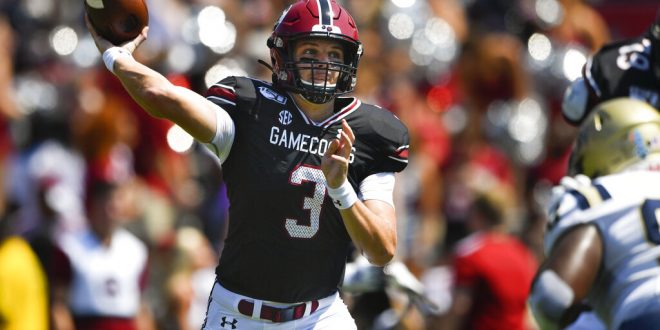 The Missouri Tigers play their first SEC game of the season on Saturday, Sept. 21 against the South Carolina Gamecocks.

The Tigers are riding a 50-0 win against Southeast Missouri State, which set their record to 2-1. The Gamecocks lost to Alabama 47-23 last week dropping them to 1-2.

Diamond in the rough

The Gamecock offense looks potent, ranking fourth in the SEC in total offense. South Carolina currently averages 501.3 yards per game through the first three weeks of the 2019 season.

South Carolina head coach Will Muschamp spoke a bit on the SEC Teleconference about the challenge of facing Missouri’s secondary.

The Gamecocks will also face Missouri’s transfer quarterback Kelly Bryant. He has started the season with 798 passing yards, 6 touchdowns, and 2 interceptions. Bryant transferred to Missouri after losing the starting quarterback job at Clemson to Trevor Lawrence.

This season, Missouri is averaging 271.7 yards passing per game, and 473.3 yards per game. This is good for 29th in the country in total offense.

Muschamp had high praise for Bryant and his ability to throw the football.

Eye of the Tiger

Opening SEC play, the Tigers are looking to pick up a needed conference win. In their first three games, their games were against Wyoming, West Virginia, and Southeast Missouri State. Not exactly top-tier competition.

Tigers coach Barry Odom spoke to how excited his team is to play South Carolina to open their SEC schedule.

This game takes place in Missouri, which is important to note since this is also South Carolina’s first road game of the season. The Gamecocks did play a neutral-site game against North Carolina to open the season, where they lost.

Freshman quarterbacks tend to fold under immense pressure. It can be easy to please the home crowd, but it will be interesting to see how Ryan Hilinski holds up in hostile SEC territory.

Steven Walker is a beat writer for ESPN Gainesville and is currently studying Journalism & Sports Media at the University of Florida.
@swalker_7
Previous Preview: Tampa Bay Welcomes in New York’s Rookie QB
Next Dolphins Making History as They Prepare for Dallas