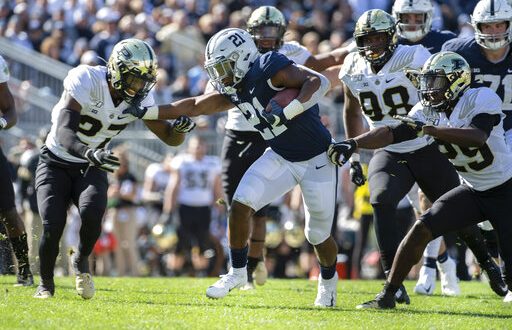 Penn State progressed to 5-0 after sleepwalking through Purdue in last weeks matchup. The Nittany Lions climbed up two slots in the rankings to sit at the No. 10 slot right above Texas.

Who is in the scope for this weeks matchup? No. 17 ranked Iowa Hawkeyes.

The Hawkeyes are coming off a loss to Michigan resulting in a 4-1 record on the season. Michigan head coach Jim Harbaugh commented after their win against the Hawkeyes that their defense is strong and how he was impressed they kept his offense in check. Furthermore, it is essential as the Nittany Lions have scored a total of 235 point this season to the 37 that has been scored against them.

Who to focus on?

Penn States quarterback Sean Clifford is the dual threat asset that has helped establish the Lions as a top 10 team. The junior from Ohio throws a tight spiral and is not afraid to tuck the ball in and run. He threw for 264 yards with three touchdowns last week.  Iowa`s Geno Stone commented on how a dynamic Clifford plays and what it is going to take to defend him. Clifford’s success is crucial to teams success this week versus the Hawkeyes.

Penn State’s captain Jonathan Sutherland has 15 tackles so far. The DB is held highly accredited in the program. After receiving an adverse letter from a fan this last week, the team and coaches have rallied behind him speaking of his strong character.

Hawkeyes QB Nate Stanley has thrown for 1225 yard this year with eight touchdowns. Coming off a 260 yard passing game to Michigan, Stanley took a couple crucial hits that consequentially may slow him down for this weeks matchup.  He is focusing on moving forward and bouncing back after his three interceptions and eight sacks.

Key facts to keep in mind:

The two teams will meet in Kinnick Stadium in Iowa City, Iowa. The game will be broadcasted Saturday at 7:30pm on ABC.

Hey! I am a telecommunications major with a specialization in video production. I aspire to film documentaries with extreme athletes traveling around the world.
Previous No. 3 Georgia Hosts South Carolina As Heavy Favorites
Next Tennessee Looks For First SEC Win as Vols Host Mississippi State 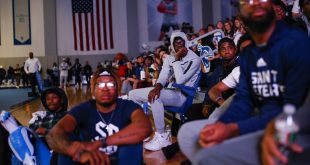 While Saint Peter’s Cinderella run has come to an end, the Peacocks have nothing to …