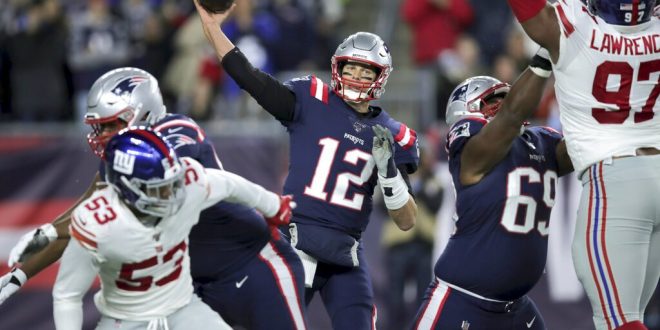 In his first game back under center, Darnold led the Jets to a 24-22 upset of the Dallas Cowboys. He’ll look to pull off a similar feat against the undefeated Patriots.

This Jets team will look vastly different from what the Patriots saw in Week 3. The biggest change, of course, is Sam Darnold’s return. However, linebacker C.J. Mosley and defensive tackle Quinnen Williams are expected back after missing the first match up.

After sitting out for multiple games with mono, Sam Darnold returned last week and led his team to an impressive win. After throwing for 338 yards and two touchdowns against the Cowboys, Darnold was named AFC Offensive Player of the Week. A stunning 92-yard touchdown pass to receiver Robby Anderson gave Jets fans hope that their season might not be over.

Without Darnold at quarterback, the Jets offense was slow to say the least. In the three games they played without their signal caller, they averaged 165 yards per game and just under eight points per game.

After suffering a serious groin injury in Week 1 against the Bills, C.J. Mosley is finally set to return tonight. He was listed as questionable on the Jets final injury report, but Mosley is confident he’ll be active.

Although for the Patriots it seems more of the same, New England’s 6-0 start is just their fourth in franchise history. They’re looking to improve to 7-0 for just the third time after doing so in 2007 and 2015.

Quarterback Tom Brady has been efficient this year, completing 65.3% of his passes and throwing for 10 touchdowns and only three interceptions. However, the story of the Patriots season to this point has been their defense.

New England has the number one defense in the NFL through Week 6, allowing just 48 points through six games. They have given up just one passing touchdown and two rushing touchdowns. Jets head coach Adam Gase has nothing but respect for the Patriots defense.

Where the Game will be Decided

The Jets upset against the Cowboys was certainly shocking and a major statement in Sam Darnold’s return. However, it pales in comparison to the statement the Jets would make if they knocked off an undefeated Patriots squad on Monday Night Football.

Not only is this game an AFC East rivalry, but the Jets haven’t beaten the Patriots since 2015. With a stout defense and the number eight offense in the NFL, the Patriots are considerable favorites in this game.

Nonetheless, this match up is far more interesting than a game between a 2-4 and 6-0 team would imply.

I'm a third-year student at the University of Florida passionate about storytelling and sportswriting. My goal is to work in communications for a professional sports team after I graduate.
Previous Minshew Keeps Bengals Winless With Jaguars Victory
Next Gators Get Much Needed Bye Week