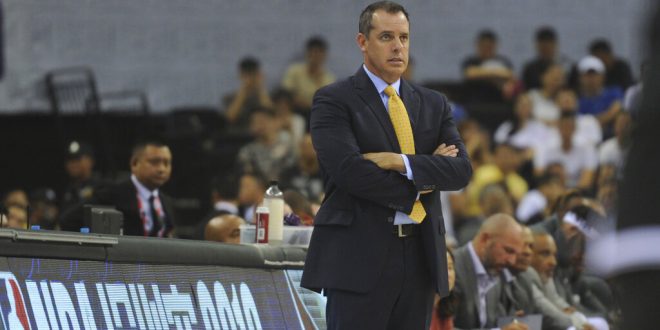 Frank Vogel Defense Could Be a Factor in Lakers’ Success

The Los Angeles Lakers made major strides this offseason to overhaul not only their roster, but also their coaching staff. The addition of head coach Frank Vogel could be a contributing factor to the success of this new Lakers team.

The combination of Anthony Davis and LeBron James the Lakers are already at the top of preseason power rankings. With numerous veterans and a strong defensive coach, the Lakers look to make their first playoff appearance since 2013.

As a student at the University of Kentucky, Vogel worked under the coaching of former Kentucky coach Rick Pitino.

Additionally, Vogel worked under Pitino, known for his fast paced defense, again in 2001 when he was a video coordinator for the Boston Celtics.

During Vogel’s six seasons with the Indiana Pacers, he proved his ability to coach a strong defensive team.

The Pacers’ back-to-back appearances in the NBA Eastern Conference Finals in 2013 and 2014 were highlighted by their defense.

At the start of the preseason, Vogel made it clear that he wants to put an emphasis on strengthen the Lakers’ defense.

The addition of NBA All-Defensive players Dwight Howard, Danny Green and Avery Bradley could be a factor in Vogel’s plans to build up the Laker defense.

Howard, a three-time All-Defensive Player of the Year, could be a strong presence in his return with the Lakers.

Green’s versatility as a strong shooter and quickness will help him defend the perimeter.

Avery Bradley talks about the jump he thinks the Lakers can make on the defensive end, and the potential for improved 3-point shooting on the other end. pic.twitter.com/SM5xGG4aHj

The duo of James and Davis look to challenge a strong Los Angeles Clippers team led by Paul George and Kawhi Leonard.

Vogel and the Lakers kick off their season tonight at 10:30 p.m. against the Clippers. 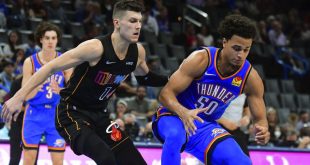