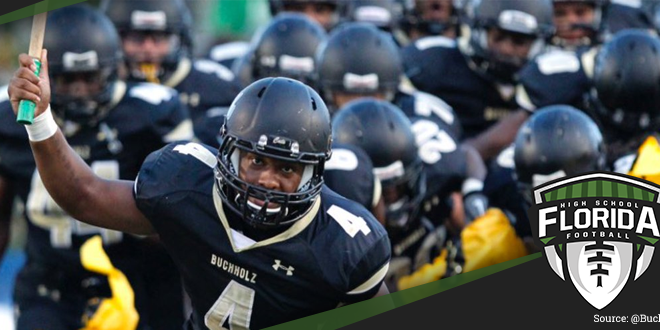 The Buchholz Bobcats (4-4) will be facing the Creekside Knights (3-5) at Citizen’s Field for their final home game of the 2019 season.

Buchholz will be honoring its seniors on Thursday as it is the final home game of their high school careers.

Senior Night is this Thursday, October 24! Come out and support your seniors!! 7:00 pm at Citizen's Field! pic.twitter.com/msXUjwVoBK

Buchholz is looking to end the season with a winning record after dropping their last two conference games of the season.

The team is lead by Quandarius Smith at running back who has rushed for over 1,000 yards on the year.

Creekside has also been experiencing their own woes over the course of the season.

Creekside comes into the year in a worse position than the Bobcats find themselves.

The Knights are lead by Quinn Sieger who is the team’s leading passer with 1,414 yards, 13 TD’s and only 4 INT. He is also the team’s second-leading rusher.

Creekside is also coming off of a game where they have given up 40 plus points to a Fletcher squad (45-10).

The Bobcats are undefeated all-time against Creekside with a record of four wins to zero loses.

Buchholz may also still have the possibility to go the play-offs as well.

Creekside’s offense may give the Buchholz defense fits, but the Bobcats just have more to play for in their last home game on senior night.