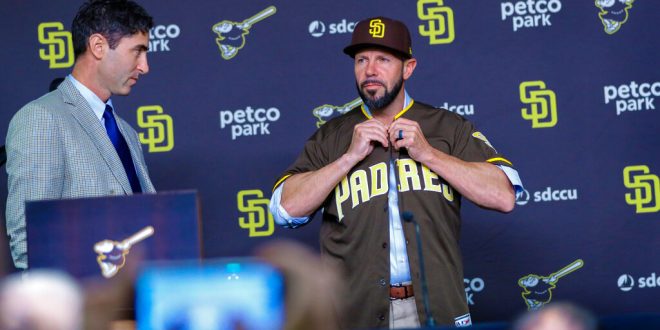 New Managers for Padres and Royals Try to Turn Franchises Around

As is the case after most MLB seasons, there’s a high turnover at the managerial position. For now, eight teams will have new managers at the start of next season. The hope is the new hires will lead to success. Two struggling franchises, the Kansas City Royals and San Diego Padres, are desperately trying to get out of a slump and believe a new manager can turn things around.

The Kansas City Royals picked a manager with a proven track record to lead the team next season. Mike Matheny was announced as the successor to Ned Yost yesterday. Yost retired following the end of this season after ten years of managing the team.

From 2012-2018, Matheny led the St. Louis Cardinals to four straight postseason appearances along with seven straight winning seasons. He joined the Royals organization in November of last year as a special adviser for player development. A tough task lies ahead as Matheny will try to revive a struggling franchise that won the World Series just four seasons ago.

Kansas City hasn’t finished with a winning record since, with back-to-back seasons of triple digit losses the past two years. Matheny is excited about the future of the team and believes the right pieces are in place to even make a playoff push next season.

Matheny’s first task will be resigning outfielder Alex Gordon. The six-time gold glove winner has been a key part of the franchise, spending all 12 of his seasons with the organization. He has been considering retiring but said if he does decide to come back for another season, Kansas City is the only team he would want to play for. Despite being 36 years old, Gordon would be a crucial part of the team next season.

The Royals only have three other outfielders on the roster: Jorge Soler, Brett Phillips and Bubba Starling. Phillips finished with a .215 batting average while Starling hit an abysmal .138. If Gordon does in fact retire, the outfield will look messy in terms of offensive performance and depth.

Aside from Gordon, the Royals return all the key pieces from this past season. The team is certainly in rebuilding mode but is in a good position moving forward for success. Whit Merrifield and Hunter Dozier are locked up until 2024. The real change needs to come with the starting rotation. Of the seven pitchers to start ten or more games for the Royals, none posted an ERA under four.

San Diego decided to take a different approach than Kansas City. The Padres hired a candidate with no previous managerial experience. Jayce Tingler, the former Texas Rangers’ field coordinator, was tabbed as the man for the job.

Take a look back on Jayce Tingler’s day as he was introduced as the #Padres manager! pic.twitter.com/k5lmuHNqKa

Even though 2020 will be his first season managing a team, Tingler said the growing pains shouldn’t be too big as he’s learned a lot about the position by speaking to other managers around the league.

He takes over the position held by Andy Green for the last four seasons. San Diego finished fourth or fifth in the NL West in each of those seasons.

Tingler will have a lot of talent to work with. Eric Hosmer, Manny Machado and Wil Myers are all under contract until 2023. Fernando Tatis Jr. has also been a rising star that should produce for years to come. Chris Paddock had a great rookie season with the Padres, posting a sub-one whip with a 3.33 ERA. He’ll need similar numbers like those if the Padres hope to have their first winning season since 2010, but Tingler will need to find some rotational help in the offseason.