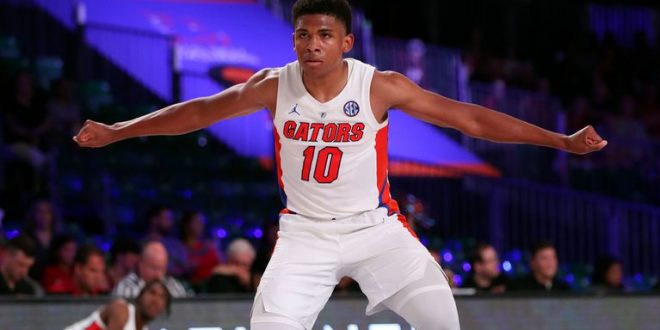 Florida Men’s Basketball takes on the Ospreys of UNF on Tuesday, Nov. 5 at 7 p.m.

This is the Gators’ ninth overall meeting against North Florida. The Gators are 8-0 all-time against the Ospreys, including a win last season 90-66 on Nov. 27, 2018.

North Florida, who in 2015 made their first NCAA tournament appearance in school history, is looking to put their team on the map to open the season. The Ospreys finished 16-17 last season, and 9-7 in their conference.

“We’re focused on trying to be the best versions of ourselves everyday.” @kjblack15 #GatorsHoop pic.twitter.com/8cYXiX4BOC

North Florida averaged 9.3 three-pointers per game last season. The Ospreys seem to rely heavily on the deep ball to score, and the Gators will need to shape up around the perimeter to shut down their offense.

On Oct. 29, the Gators defeated Lynn 89-71. In a game where Lynn outscored Florida 42-40 in the second half, the Gators gave up 12 three-pointers. Poor perimeter defense from Florida allowed for the Fighting Knights to keep the game close while only shooting 35% total.

Last season, the Ospreys gave up more rebounds to opponents per game on average. With added size for the Gators in the paint, watch for players like Kerry Blackshear Jr. and Omar Payne to gobble up rebounds.

Size tends to favor the Gators in this game. No one on the Ospreys’ roster measures over 6’7, while the Gators have inside threats such as Kerry Blackshear Jr, Omar Payne and Jason Jitoboh.

The Gators showed their ability to shoot the ball against Lynn, draining 14 three-pointers. Look for Florida’s guards to try and feed the ball inside more. You can bet on coach Mike White to design plays to get favorable matchups inside for Blackshear Jr.

As usual with the season being young, look for Coach White to get his freshmen heavily involved in the rotation. Young players such as Tre Mann, Omar Payne and Scottie Lewis look to develop into key contributors for the Gators this season. Player development comes from playing time, so expect Coach White to give his freshmen a heavy dose of minutes.

The game will be televised on the SEC Network with tip-off at 7 p.m.

Steven Walker is a beat writer for ESPN Gainesville and is currently studying Journalism & Sports Media at the University of Florida.
@swalker_7
Previous Heat Cruise Over Rockets to a 5-1 Start
Next Gators Women’s Basketball Opens Season Against Grambling State 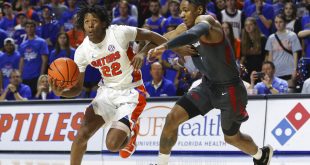