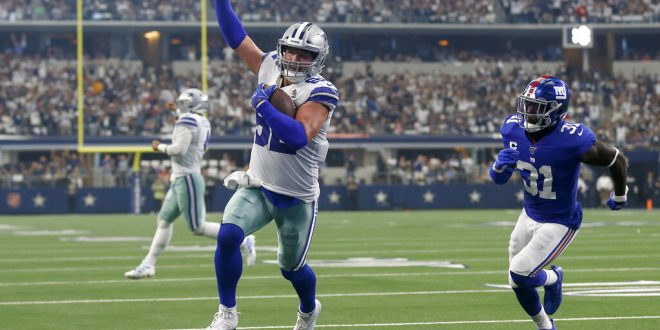 Meeting for the second time this season, the Giants and Cowboys will duke it out in MetLife Stadium tonight. Two of the biggest name running backs in the league will try to set the tone on the ground. Both Saquon Barkley for the Giants and Ezekiel Elliot for the Cowboys will be ready to showcase why they finished first and second in total yardage last year in the NFL.

At the quarterback position, Dak Prescott will lead the charge for the Cowboys and has quality experience under center and rookie Daniel Jones will make his first start against Dallas in his first NFL season.

The two rivals met in the season opener as Dallas dominated in a 35-17 victory. Jones came into the game late to replace Eli Manning, but couldn’t come up with enough to overcome the deficit. Since then, the Giants have only won two of the last eight games and are looking to snap a four-game losing streak.

The Cowboys, on the other hand, are leading the division and coming off a bye week. The team has lost two of the last three, but has seen excellent quarterback play from Prescott.

The two star-studded running backs might steal tonight’s show, but solid play at the quarterback position will be crucial for either team to get the win.

For the Cowboys, the team is coming into a new challenge facing Jones, simply because they have never faced him as a starter before. Head Coach Jason Garrett said he is a highly regarded athlete and is a talented player. Garrett commended Jones’ ability to throw the ball from the pocket as well in space. These traits will be vital for Jones to be productive and be able to make big plays for the Giants.

On the other side, Prescott has proven to be a difficult challenge. Just in the last three games, he has completed 68 of 101 passes for 1,053 yards in the air with no interceptions and nine touchdowns. However, Prescott hasn’t forgotten the last time his team visited MetLife Stadium. Though it was against the Jets just three weeks ago, it left a bad taste in his mouth. Prescott said he is looking forward to going back to the stadium and getting his groove back.

Both teams have acquired new defensive talent that will make their debut for their respective teams in tonight’s game. For Dallas, defensive end Michael Bennett was picked up from New England during the bye week. Bennett is expected to add pressure to the line and push the pocket. This could prove to be an issue for rookie quarterback Daniel Jones. Jones has been prone to turnovers in recent games. He has fumbled five times in the last two weeks.

For the Giants, the team gained some help on the defensive side of the ball with the addition of defensive end Leonard Williams. Williams was traded from the Jets in return for two draft picks. Interestingly, this trade is the first time in history that the intra-stadium rivals have completed a trade. 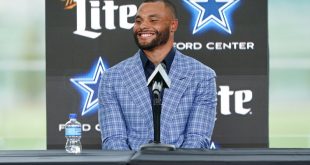