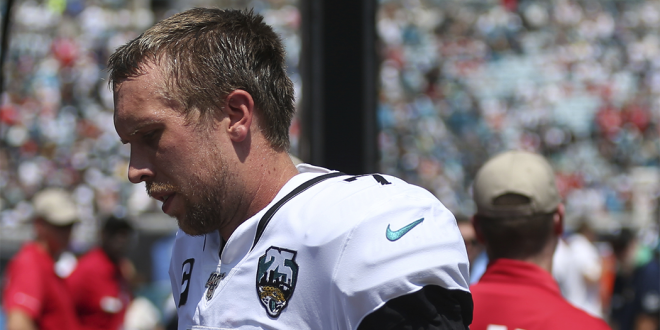 It has been under speculation for weeks of who the starting quarterback for the Jacksonville Jaguars WILL BE moving forward in 2019. Jaguar’s head coach Doug Marrone announced the answer Tuesday.

"I think that’s going to give us the ability [to have] a better chance of winning right now.”

Marrone announced that Nick Foles will return as starting quarterback after the team’s previous loss to the Texans (26-3).

Foles signed a four-year, $88 million dollar contract with the Jags during the offseason, and the Jags selected Minshew in the sixth round of the 2019 NFL Draft.

In the rookie’s eight starts, he passed for 2,285 yards, with 13 touchdowns and four interceptions.  Minshew was also named rookie of the week six of his eight starting weeks as quarterback.

The Jags need a late season push being that they are just one game back in the AFC playoff race.

Starting Foles as quarterback was not an easy decision for Coach Marrone, but Minshew has only led the team to two wins in its last five games.

Minshew struggled with consistency and fumbling the ball. He had a total of 11 fumbles. He did run well with the ball though, running 42 times for the 235 yards that he ran through his eight starts.

Minshew completed his job while Foles was recovering, but now the Jags need their veteran who has no shortage of experience in making a postseason push.

Even if Foles does not take Jacksonville to the playoffs this season, he now has the opportunity to finish out the season showing that he is healthy and capable of being an NFL starting quarterback.

Foles and the Jags take on the Indianapolis Colts Sunday with the Jags currently being 5-6 on the season. 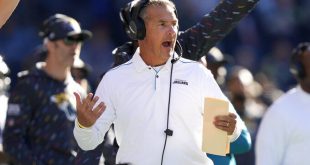 The Jacksonville Jaguars lost again, with one of their worst losses of the season. The …