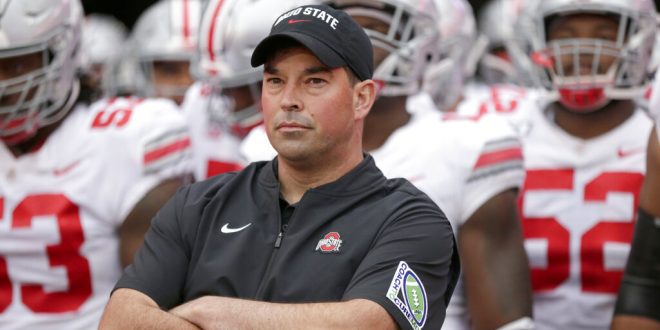 The first official College Football Playoff rankings are finally here. According to the committee, Ohio State is the best team in the country.

Louisiana State sits in second, followed by Alabama in third and Penn State in fourth. Clemson and Georgia are on the outside looking in at fifth and sixth respectively.

The first #CFBPlayoff rankings are in! Top 6 ⬇️ pic.twitter.com/eP5cihmnSz

The committee threw a bit of a curveball by leaving Clemson out of the preliminary CFP rankings. Clemson is 9-0 on the season and won the National Championship last season. However, due to a fairly straightforward schedule, the former champs could miss out on the Playoff, even with a perfect record.

Several analysts are pointing toward their narrow 21-20 win over North Carolina being viewed as a blemish on their season by the committee.

Clemson at No. 5. Wait a minute, I thought Clemson beat North Carolina? Game is being treated like a loss, obvi

The Gators got the No. 10 spot in the first CFP poll. Florida fans may feel lucky with the placement, considering their two losses on the season and several out-of-conference victories.

With that being said, Florida’s only losses came against now No. 2 LSU and No. 6 Georgia.

As of right now, two conferences represent the four CFP spots: The Big Ten and the SEC. Ohio State and Penn State and LSU and Alabama still have yet to play each other. Depending on how these games turn out, the CFP rankings could look very different by the end of the season.

No. 2 LSU and No. 3 Alabama face each other this Saturday in Tuscaloosa. Kickoff is scheduled for 3:30.