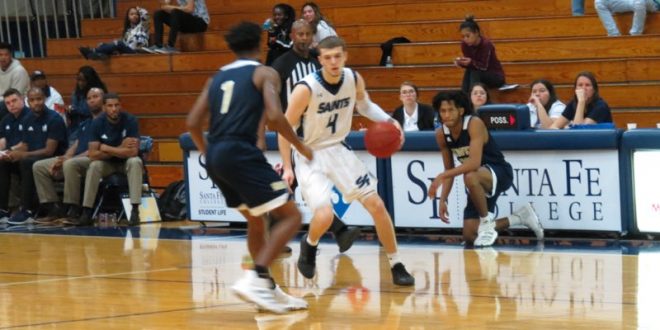 Freshman guard Josiah Tynes threw down an emphatic dunk to cap off Santa Fe College’s 89-66 triumph over the Hillsborough Community College Hawks.  The Saints suffered a tough overtime loss to the State College of Florida Manatees in their previous game but they refused to lose a second straight game.

“We’ve got to be ready right away from the tip to match their intensity and I thought we were,” said Santa Fe head coach Chris Mowry.

Sophomore center Luka Filipovic led the Saints offensively with a double-double on 15 points and 11 rebounds that paced a dynamic Santa Fe offense on Wednesday night.

“We were really motivated,” Filipovic said. “We had a scouting report, we went over their plays, we made sure we know what to do when the game comes and we just played the way our coach wanted us to play.”

“We were scoring so well in every area that we were able to overcome a few defensive lapses,” Mowry said.

Two sophomores, Derrick White and Michael Cole, led the Hawks in scoring with 14 and 18 points apiece. Head coach Tommy Jones needed even more of an effort from those two play-makers.

“Derrick’s got to be more aggressive for us,” Jones said. “He’s not hunting shots. Mike’s a soldier. He just came off a big weekend. I think he wanted to try to enforce his will, but sometimes you just gotta kind of let it come.”

Hillsborough played Santa Fe to a much closer final when the teams met in Tampa on November 5 as the Saints squeaked by with a 69-67 win.

“We played them earlier in the year and we played much better,” Jones said. “Tonight, they were a lot more disciplined. They just outplayed us.”

The Hawks knotted that game at 10 at one point during the first half. Santa Fe quickly established an 18-point lead by halftime.

“As soon as we went to our bench, everything fell apart,” Jones said. We never could we get the momentum back and then everybody just kind of laid down. We’re better than what we showed.

Santa Fe (5-2) travels to Indian River State College (3-4) on November 23. The Pioneers are in the midst of a four-game skid.

“We beat them at home,” Jones said. “It’s gonna be tough at their place. They want to get that one back. It’ll be a good test to see how we rebound.” 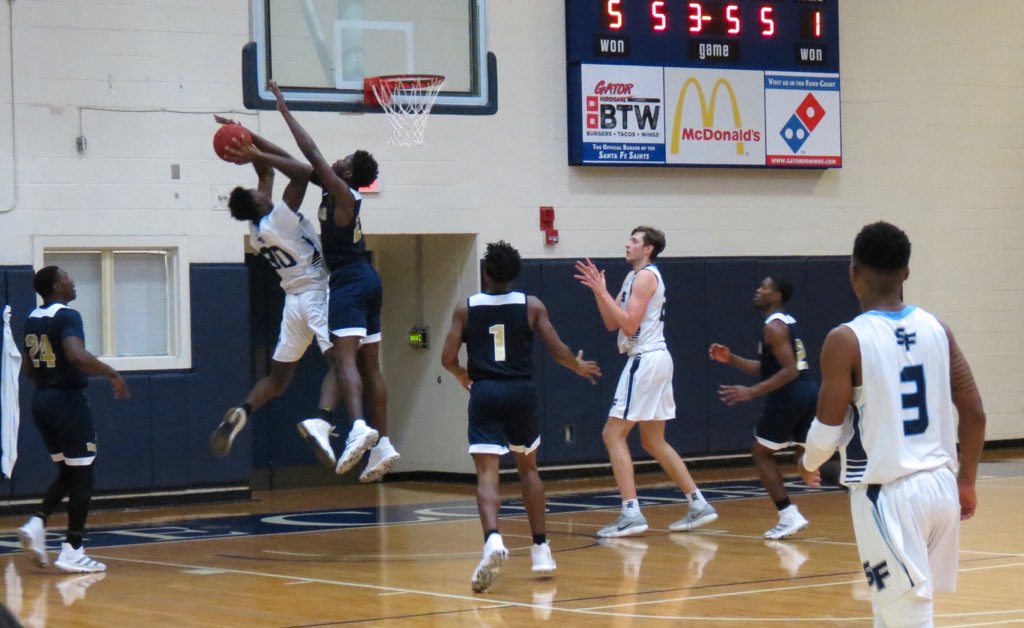 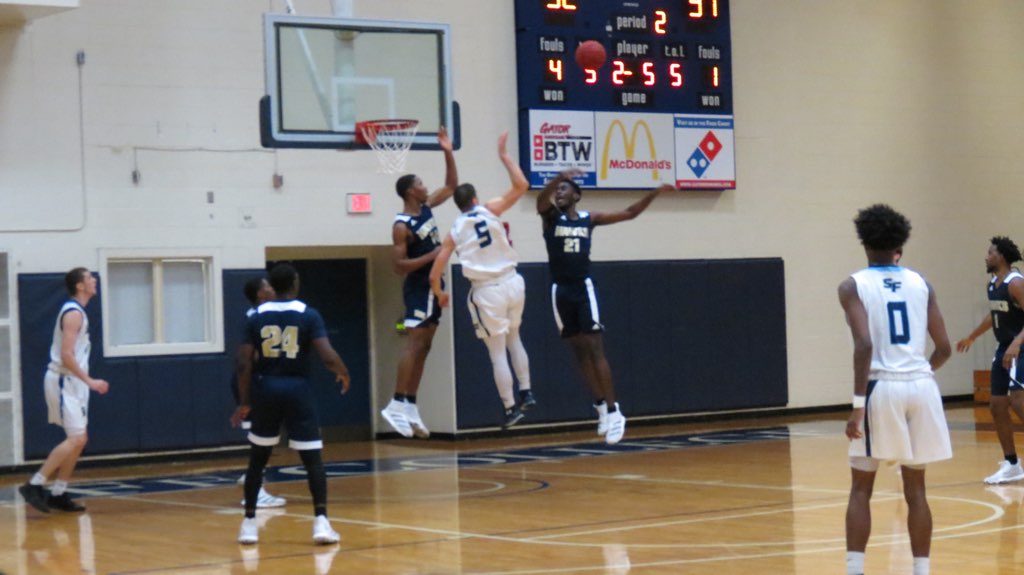 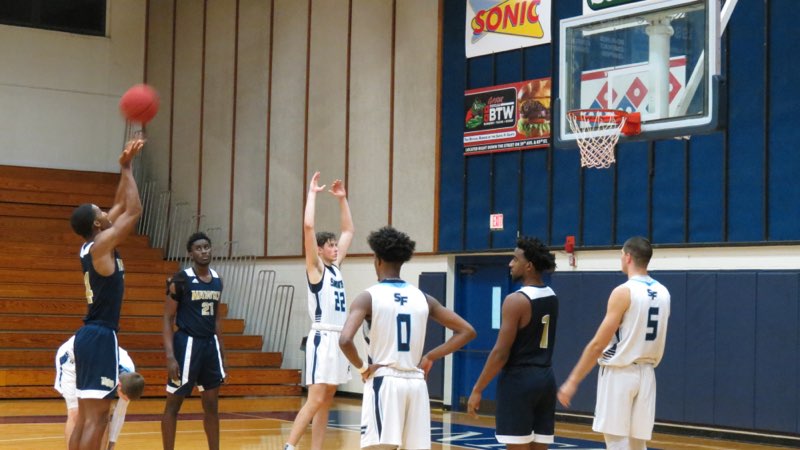 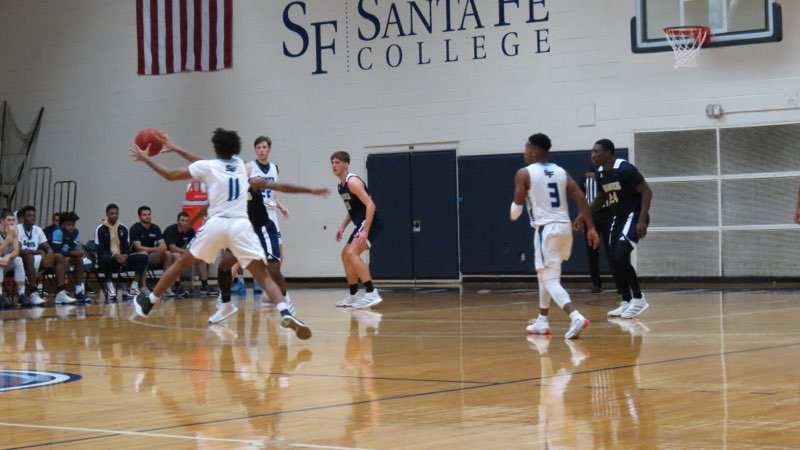 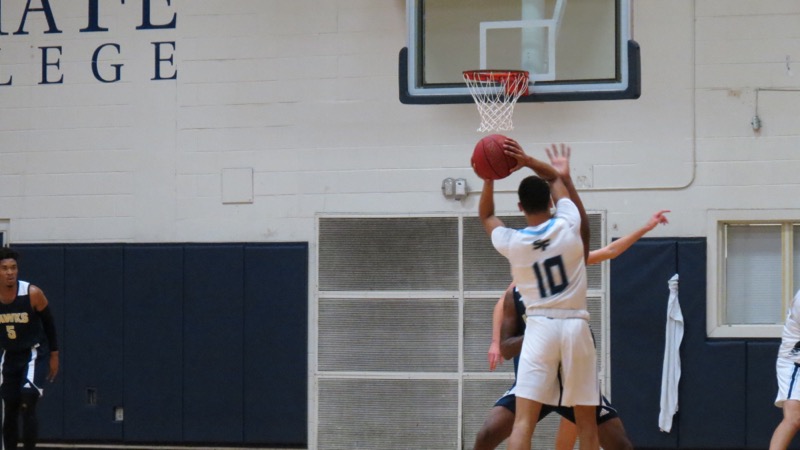 All photos by Parker Welch

The Buccaneers beat the Saints on Monday night after multiple drives led by Tom Brady, …