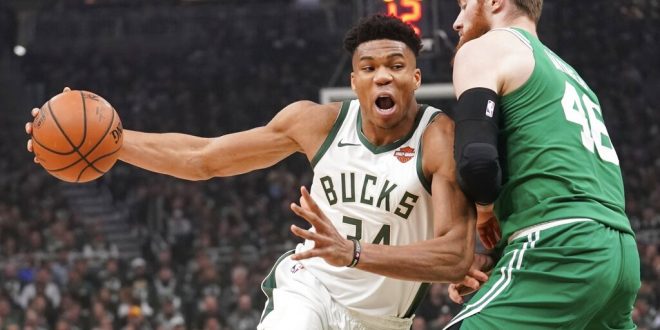 Bucks Off to Hot Start

The Milwaukee Bucks are off to a hot start with a 12-3 record this season all in big part to their MVP Giannis Antetokoumpo.

In their most recent game, Antetokoumpo achieved a triple-double while also recording a record high 15 assists. The Greek Freak has been on a tear in his last five games averaging 30 points, 14 rebounds, and six assists.

If he can keep a grip on those numbers, all of those stats would be better than the ones he produced in 2018-19. As if that weren’t enough, that would make him, the first player to ever average at those stats for a full season.

The best from The Greek Freak's triple-double:

He is currently the only player in the NBA to have a double-double in every game this season.

The team all together has enjoyed a plethora of favorable results during the season.

The Bucks have also had help from fellow players such as Khris Middleton and Eric Bledsoe. The duo of players are each averaging 18 points per game.

Bucks Head Coach Mike Budenholzer is no stranger to the motto Defense wins championships. This coaching mindset comes straight from the Greg Popovich coaching tree. Budenholzer knows that in order to win in the long-term, the defensive part of the team is going to have to be top-notch.

Last season ended with a bitter taste for the Bucks after losing in the Eastern Conference finals to the Toronto Raptors. It was a tight back-and-forth for both teams until the Canadian team got ahead with a 4-2 lead.

This season, the Bucks are currently first in the Eastern Conference standings and have only lost three games. Two of which were to the other top three teams, the Boston Celtics and the Miami Heat.

The Bucks host the Pistons tomorrow at the Fiserv Forum at 8:30 p.m.