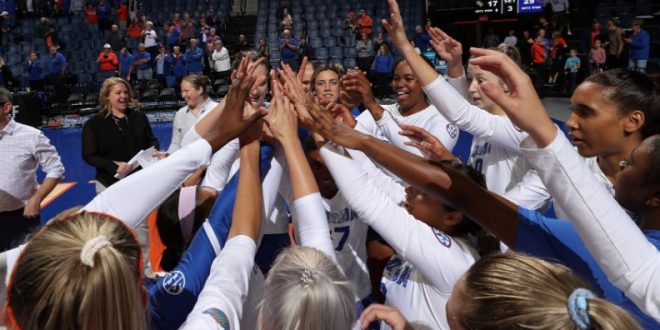 The Florida Gators need to exercise some demons to continue their postseason run.

Florida Gators volleyball faces the Minnesota Golden Gophers in the regional semifinal in the NCAA Women’s Volleyball Tournament Friday night. Winner of this rematch faces the winner of Texas and Louisville in the regional final.

Minnesota swept Florida up in Minneapolis on Sept. 8. That was just Florida’s fourth match of the season. The Gophers outhit Florida .242 to .137. Darrielle King was the most efficient Gator attacker with five kills and one error on nine attempts.

Minnesota pin hitter Stephanie Samedy shined against Florida. The junior from Clermont, Florida recorded 16 kills on a .343 clip. Additionally, it was the fourth of her six-match streak with 12+ kills to start the season.

Hugh McCutcheon’s team utilized large runs to win. Runs in the first two sets allowed the team to take and maintain leads. A 9-2 run gave Minnesota the lead late in the third set and they completed the sweep off of it.

The Gophers torched Fairfield in the Round of 64, holding the Stags to hit -.038 while hitting .434 themselves.

Minnesota almost saw their tournament end against Creighton. Down 24-22 in Set 4, the Gophers went on a 4-0 run to force a fifth frame and eventually secure the win.

"They stayed calm, they stayed present and they found a way. We were a good volleyball team, especially in that fifth set." Coach McCutcheon on the Creighton match.

They posted double-digit total team blocks in both matches and currently average 12.5. Redshirt senior Taylor Morgan had the most with 10 block assists and a block solo.

Adanna Rollins and Alexis Hart led the way in both matches combining for 51 kills in the tournament’s first two rounds. Furthermore, UCLA transfer setter Kylie Miller posted double-doubles with 30+ assists and 10+ digs in both sets.

There’s no word on the status of sophomore outside hitter Thayer Hall for Friday night. The staff is hopeful she will be ready for the match.

Florida held Hall out of its first two tournament matches and not a peep has been made on the reason why. Although, Hall did miss time in the 2018 season due to a back issue and she hasn’t missed a match in 2019 prior to last week.

The Gators were able to manage without her in the lineup but an absent Hall against Minnesota would put Florida at a major disadvantage.

With or without Hall, Minnesota won’t go easy. Exams might be over at UF, but Florida volleyball’s tests are just beginning.