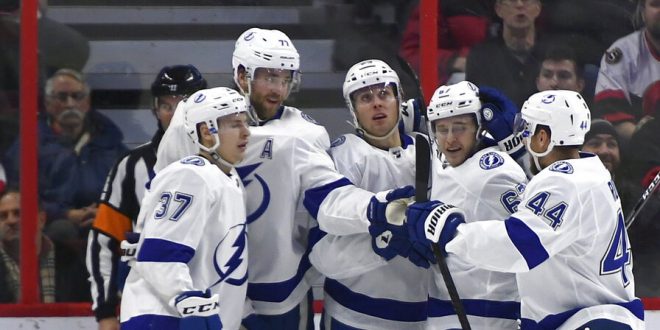 For almost all of the 2019 half of the season, the big question was what happened to the Tampa Bay Lightning? Less than a year ago, they were President’s Trophy winners. In mid-December, it seemed the Bolts could barely reach 90 points. They seemed like a fringe playoff team at best.

Something changed in the home game against Montreal. They could not get a shot on net through more than the first 10 minutes of the first period. The crowd cheered when they finally got a shot on Carey Price already down 2-0. By the ends of the game, they had won 5-4. In the second period against the Sabers on New Year’s Eve, they were down 4-1. They won 6-4. Now, as of the publishing of this article, the Bolts have won won seven-straight games. Of their last ten, they are 8-1-1.

NHL Public Relations reported that the Lightning achieved something they had only done just one time before.

A big change came from the man in front of the net. Andrei Vasilevskiy looks like a different goalie out there. We know it is still him because he takes his mask off and he is still there. Do not worry, it’s not a lookalike.

Vasilevskiy has posted a .934 save percentage in his last five games. Before the Montreal game, his save percentage of the year was .904. Having last year’s Vezina Trophy winner playing up to that level. The offense could still use some work, but goal prevention will do wonders for this hockey club.

The Lightning begin the second half of their season against the Vancouver Canucks Jan. 7. They get another hack at a Western Conference opponent at home. Getting a good look at the other conference over the next months could do a lot for the Bolts. There would be no surprises if they meet again in the Finals.

Harrison is a sports coordinator at ESPN 98.1 FM/850 AM WRUF. He served as a beat writer for Florida Gators football for the 2019 and 2020 seasons. He also contributes to WRUF's Gainesville Sports Center segments and makes appearances on the Clash on Harp on Sports. Harrison has been a content writer for WRUF since January 2019 as well.
@HarrisonSmaj
Previous What’s Next for Brady?
Next The Fuel to Miami’s Fire is Young Stars 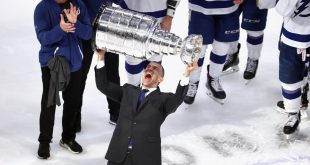