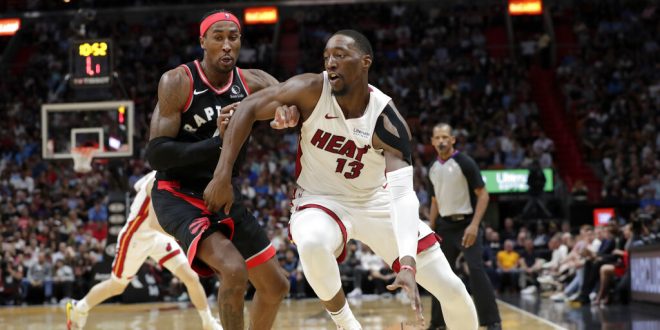 The Fuel to Miami’s Fire is Young Stars

Just exactly where did the Heat come from?

The Miami Heat are third in the Eastern Conference standings with a little over a month before the All-Star break. FiveThirtyEight projected Erik Spoelstra’s team to finish the season at .500 and seventh in the East when the season started.

Miami’s already seeing return on their investments in the form of first-year players Tyler Herro and Kendrick Nunn. Both players rank in the top 10 of all rookies in points per game with Nunn’s 15.4 being second only to Ja Morant.

The two also place in the Top 10 among rookies when it comes to minutes played with averages around 30 minutes per games.

Back to back @Kia Eastern Conference Rookie of the Month awards.

The two combined for 25 points and posted double-digit plus-minuses to make up for the absence of Jimmy Butler and Kelly Olynyk in Miami’s home win over Portland on Sunday.

“That’s the best thing about this team,” center Bam Adebayo said after the win. “We don’t have one person that we depend on. We have other guys that can step up to the challenge.”

Bam Coming Into His Own

In his third season in the NBA, the Kentucky product’s 15.6 points per game almost doubles his 8.7 average from the 2018-2019 season.  Add in his over 10 boards per game and that’s a double-double average right there.

His play this year has earned some recognition in the All-Star voting. In initial returns for the fan vote, the man they call Bam is seventh among frontcourt players. Plus, his 4.5 assists per game is second among league centers, trailing Nikola Jokic’s 6.7.

Bam Adebayo posted 20 points, 8 rebounds & 6 assists while shooting 90% from the field in the win over the Blazers.

The only other players to have posted this aged 22 or younger, per @bball_ref:

Miami’s most glaring stat? A 17-1 home record compared to just 9-9 away from American Airlines Arena. The Heat average 116 points in South Florida compared to just 106 outside of it and allow 104 points per game as opposed to 110.

Additionally, the Heat averages nearly 27 assists per game at home and outrebounds opponents by almost 10 when in the friendly confines of Triple A.

The splits themselves aren’t largely different but it’s little things like making three more free throws and an additional three-pointer a game that add up to the point differentials between home and away.

Previous Bolts Appear to Be Back on Track
Next Game Preview: Florida Men’s Basketball Looks to Turn a Corner at South Carolina