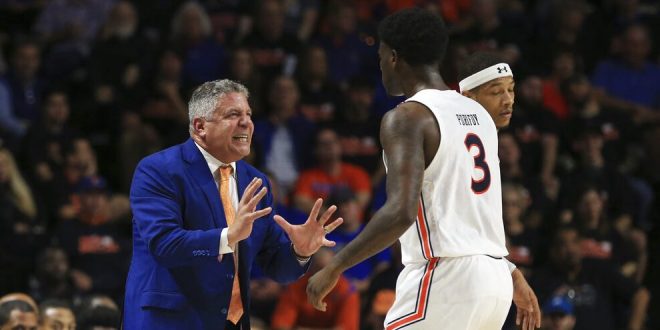 Exciting win for Auburn before taking on Kentucky

The No. 17 ranked Auburn Tigers pulled off an exciting win last night against the Ole Miss Rebels at the Pavilion. The Tigers rallied back into the game after a 19-point deficit winning the game in double-overtime. This was the largest halftime comeback win over the last 10 seasons for the Tigers.

After trailing by as many as 19, the Tigers battle back to get the win in double overtime!#WarEagle pic.twitter.com/Ew5JCyaiiz

Auburn needed this win going into their next task, a match against the No. 13 Kentucky Wildcats this Saturday.

Auburn did not have a good start in this game, at all. They only scored 10% of their first 10 shots of the game and missed their first 11 3-pointers. The Rebels’ double-man defense also became frustrating for Auburn to compete against.

The Rebels shot 56% from the field in the first half compared to 21.4%  for the Tigers.

The Tigers struggled to keep a lead in the first half of the game and ended up trailing by 17 at the half. This slow start continued into the second half where Auburn was still down by 10 points with only six minutes to go.

But going into the last few minutes of the game is when things started to get close. J’Von McCormick and Samir Doughty stepped up and hit big shots in the final two minutes of regulation pushing the game into overtime.

Both teams then battled head to head for two more frames.

Isaac Okoro sealed the game for the Tigers. With 1:41 left in the second overtime, Isaac Okoro went up for a layup, drawing the game 82-82 and picking up an and-1.  This was a big three-point play for the Tigers which held Ole Miss scoreless from there. The final score of the game was 83-82. Okoro finished the game with 14 points and nine rebounds for Auburn.

Until last night, Auburn had not beat Ole Miss since their meeting in 2018.

What a comeback win @AuburnMBB!! No quit!! Keep it rolling @coachbrucepearl!! #WarEagle

What’s Next for the Tigers?

Now the Auburn Tigers focus on their next competition. The Kentucky Wildcats will travel to Auburn to take on the Tigers Saturday.

Kentucky has won their last three games and prepares to take on Vanderbilt tonight before taking on Auburn.

Auburn and Kentucky are set to play at 6 p.m. 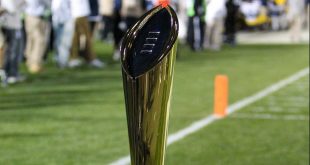 The College Football Playoff Committee released its second national rankings of the season. The new …