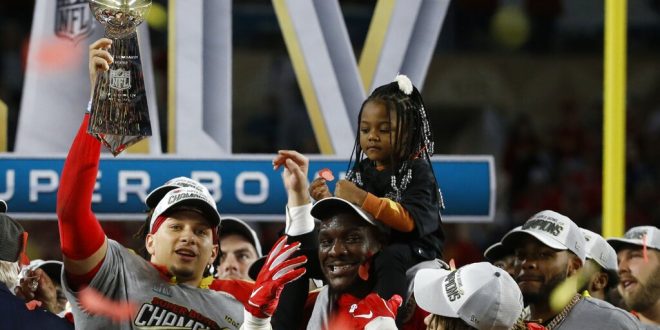 The Chiefs’ Battle for a Brotherhood

After claiming the Lombardi Trophy with a 31-20 win over the 49ers, the Kansas City Chiefs are feeling a bond like never before. Some would even call it a brotherhood.

Following the win, star tight end Travis Kelce gave fans a glimpse of the team’s celebrations on the team bus following the game. Making its way to Kelce’s Instagram story, a clip of the Chiefs belting Queen’s “We Are The Champions” exemplifies exactly what it’s like to be a Super Bowl winning NFL team.

As quarterback Patrick Mahomes would say, the Chiefs have “built a brotherhood” — one that they’d like to keep together.

Patrick Mahomes is undoubtedly one of the most vital pieces to the Chiefs and Andy Reid’s offense. And surprisingly, the Chiefs are getting a lot of bang for their buck in Mahomes.

The 24-year-old quarterback is still living out his rookie contract. In the 2019-2020 season, Mahomes made just $2.7 million. However, following Mahomes’ season-performance, the same one that gave Kansas City their first Super Bowl in 50 years, the Lombardi trophy-winning QB won’t come cheap in the years to come.

Post-championship, Mahomes is “widely expected” to sign a contract worth $200 million or $40 million a year; becoming the first in the NFL to hit the $200 million mark. But despite all of the talk of a massive payday, Mahomes doesn’t seem interested in talking contracts as he continues to bask in the glory of a Super Bowl ring.

While the Chiefs’ offense is what makes the team great, Kansas City’s defense could use some work. However, Chiefs general manager Brett Veach is between a rock and a hard place considering the team’s financial situation.

Defensive end Chris Jones is headed for free agency in the offseason. And while Jones doesn’t stack the stat sheet, his constant pressure led to an interception and his batted passes ended drives prematurely for the 49ers in the Super Bowl. Jones could be a valuable asset to keep around in the coming years.

Chris Jones was a monster in the 4th quarter of the SUPER BOWL THE CHIEFS WON (sorry, still getting used to that).

On the first crucial stop KC made (following Mahomes' 2nd pick), this stuff on 1st and 10 helped KC get SF behind the chains. pic.twitter.com/G6OtGLdUGT

However, considering the Chiefs only have a spending cap of $17 million heading into the offseason, keeping hold of Jones could be difficult.

Sammy Watkins is another name that is swirling around in terms of being kept or let go. The wide-out didn’t have a super busy regular season, but he did amass 288 yards in the final three weeks of the season — including 98 in the Super Bowl. So while the odds seem like they might be in Watkins’ favor, money talks. If the Chiefs were to go separate ways from Watkins, they could save $14 million.

The Chiefs still need to be fitted for rings and parade through the streets of Kansas City. But following the celebrations, the Chiefs’ front office will need to do some evaluating to see what they can do to keep this brotherhood bound.

Ainslie is a journalism major at the University of Florida where she specializes in Sports Media. Her main passion is college football as it was a huge part of her childhood. Ainslie serves as a current correspondent for the Ocala Star-Banner, a newspaper for the Ocala, Florida area. She currently covers Marion County high school sports.
Previous Jimmy Butler Inspires Miami Heat to 137-106 Win Over The 76ers
Next Senior Night Looms For The Buchholz Bobcats 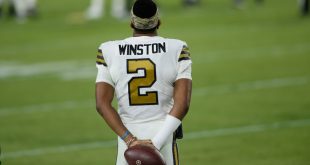