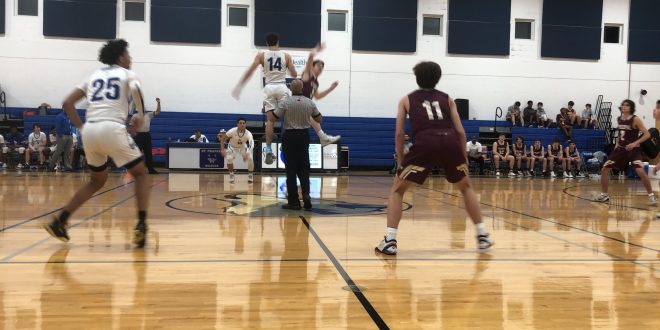 The St. Francis Catholic Academy boy’s basketball team lost an absolute heartbreaker, 70-65, to the Episcopal School of Jacksonville Eagles. There were numerous lead changes, high senior night emotions, and two buzzer-beaters: one that was and then one that wasn’t.

This loss stings extra hard for the Wolves, as it was their senior night game. The loss to Episcopal is the last time that Miguel Yepez, Nate Duran and Pete Evans will ever touch their home court in a varsity game. All three seniors started the game, although Evans was subbed out rather quickly and did not return. Yepez and Duran both made their impact on their final home game, however. Duran scored 21 points, knocking down three three-point shots in the process. Duran finished inside and outside in this one, however.

Nate Duran finishes at the rim off a nice feed from Zach Baldwin to give @sfcawolves the lead late the opening quarter pic.twitter.com/dQIlr1sFDC

As for Yepez, he was the Wolves’ most valuable player in this one. He scored 24 points and was a brick wall on the defensive end, racking up multiple blocks. His hustle was evident on both ends of the floor, fighting for each and every rebound from the opening whistle.

Miguel Yepez showed up ready to play on his senior night, and the Wolves are out to an early lead @ESPNGainesville pic.twitter.com/Khwu1nFtrF

Yepez also made the play of the year for St. Francis.

With five seconds left in the half, the Eagles hit a shot to put them up by one. It looked as if Episcopal would hold the lead headed into the locker room. Enter Yepez. He got the ball and took off downcourt, eventually pulling up from near NBA three-point range. Fading away, Yepez let the ball fly as the buzzer sounded. It was one of those moments where time seems to slow down. The gym was dead silent until the ball went through the bottom of the net. Wolves’ fans erupted in cheers and St. Francis went into the half up by two, 33-31, instead of down one.

It seemed as if the game was headed towards another buzzer-beater in the closing seconds as well. St. Francis had resorted to intentionally fouling and, after Ashton Lovette made a tough layup, put the Eagles on the line with four seconds remaining. Episcopal coolly sank both free throws, extending their lead to three. The entire gym felt like a was bound to happen. Sadly, things never happen the same way twice. St. Francis turned the ball over before they could get it past half court and the Eagles made a layup at the buzzer just to rub it in. It was an anti-climatic ending to a fantastic game.

The loss to Episcopal means that the Wolves conclude their regular season with a record of 14-11. Since they went a perfect 5-0 in their district, they will have the No. 1 seed and a bye in the first round of the playoffs, which start on Monday at Meadowbrook Academy in Ocala. St. Francis will play on February 11 at 7 p.m. against the winner of Seven Rivers Christian and Meadowbrook.

Michael Hull is a sophomore at the University of Florida and is currently studying Journalism & Sports and Media.
@Michael_Hull33
Previous Tampa Bay Vipers’ Squad Jam-Packed With Former Gators
Next No. 2 Florida Gymnastics Finishes First While Hosting Tri-Meet 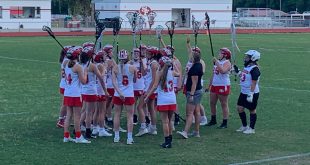