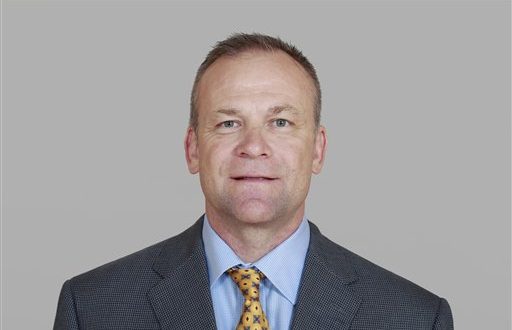 The LSU Tigers ended their 2019 campaign as national champions. But with the departure of LSU’s two Joes, Brady and Burrow, the Tigers have historic shoes to fill.

The Tigers and head coach Ed Orgeron have already made their first move in replacing passing coordinator Joe Brady, who left for an NFL Offensive Coordinator job with the Carolina Panthers, in hiring Scott Linehan, a long-time NFL assistant coach.

Here is what is known about the coach.

Scott Linehan’s last job in the NFL was as the pass-game Coordinator/Offensive Coordinator of the Dallas Cowboys from 2014 to 2018.

His offenses with the Cowboys had such highs as having three NFL rushing leaders. The lows, however, ended with what was deemed conservative and predictable play calls and his inevitable firing.

Linehan is bringing 31 years of experience to a job where the last man to helm LSU’s passing game was barely 30.

It is hard to say that a former NFL Coach is having to fill the shoes of a 30-year old assistant, but in this instance that is the case.

Here are some of the accomplishments of Joe Brady’s Tiger Tenure.

On top of that multiple trophies including an SEC, Heisman and National Title.

Not bad for a 12-month stay in Baton Rouge.

Brady left the school with a heartfelt message.

Louisiana, Thank You.
Once a Tiger, Always a Tiger. #WRTS pic.twitter.com/5aWtJy6G7k

It will be interesting to see how Linehan calls plays with LSU Offensive Coordinator Steve Ensminger.

Ensminger and Brady seemed to have the perfect balance of pass and run. For for the first time ever the team featured two 1,000 yard receivers, a 1,000 yard rusher and a QB who passed for over 5,000 yards.

The last time that Linehan had experience as just a pass-game coordinator was in his first season in Dallas in 2014. That season finished with Tony Romo‘s highest completion percentage in his career and the fifth ranked scoring offense in the league.

The success or failure of Linehan’s time at LSU may come down to how well he and Ensminger work together.