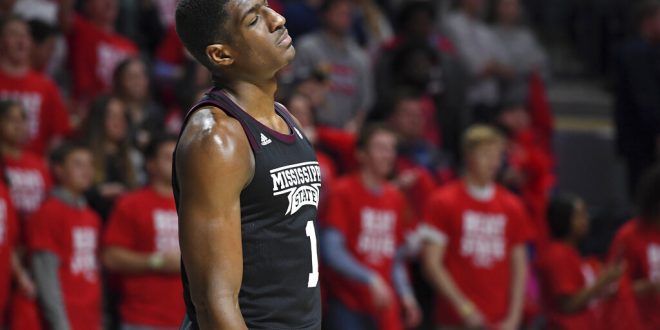 The Mississippi State Bulldogs (17-9) travel to College Station to take on the Texas A&M Aggies on Saturday. Tip-off is at 3:30 p.m. on the SEC Network.

Both on a two-game win streak, the Bulldogs and Aggies are looking to go on a late run to get into the NCAA Tournament.

In the latest Bracketology, Mississippi State is on the outside looking in as a member of the First Four Out. While the Aggies, as it stands, are not in the picture for an NCAA Tournament bid. That can change if they win out in the regular season with a three-game streak against No.10 Kentucky, LSU and No. 13 Auburn still to play. However, Texas A&M’s best bet to get in is to win the SEC Tournament.

Texas A&M is ranked No.125 in the NET Rankings and the Bulldogs are No.50.

Mississippi State and Texas A&M both won in close fashion in their mid week game. The Bulldogs won 78-77 against Arkansas.

Mississippi State men's basketball with a huge win at Arkansas. 78-77 MSU the final.

The Aggies came from behind and beat Alabama 74-68.

Season in Review… So Far

IQ the most efficient perimeter scorer in the league.

Following Saturday’s game, Mississippi State finishes its regular season with three of the four games left against bottom-six SEC teams. The games are Alabama on Feb. 25, at Missouri on Feb. 29 and the final game of the season against Ole Miss on March 7.

There will be plenty of chances to impress for Texas A&M as its schedule still holds No.10 Kentucky on Feb. 25, at LSU on Feb. 29 and at No.13 Auburn on March 4.