Home / Basketball / Magic Beat the Hawks on the Road 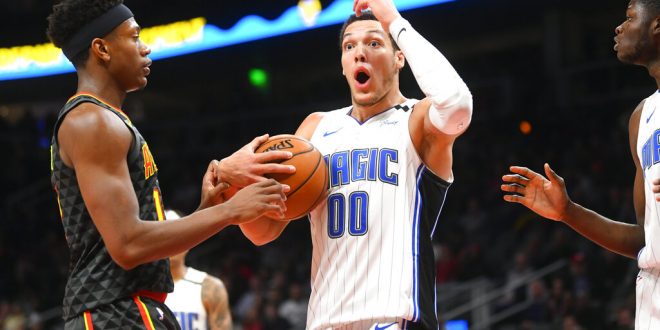 The Orlando Magic pick up a win on the road against the Atlanta Hawks 130-120. The Magic have won four of their last five games after a nightmarish stretch of losing 10 of 12.

The Road to a Road Win

The Hawks outscored the Magic 27-23 to finish the first quarter with a narrow lead. The Magic would fight back to tie it up 64-64 at the half.

The latest Atlanta would lead in the game was with 7:48 left to go in the third. James Ennis III scored five unanswered points to give the Magic the lead and Orlando would hang on to the lead from there. Orlando outscored Atlanta 39-31 in the third quarter and 27-25 in the fourth quarter to pick up the win.

Eric Fournier led the Magic with 28 points, closely followed by Aaron Gordon with 25 points. Six of Orlando’s players scored double-digit points in the game, including two off the bench.

Mo Bamba tied his season-best high in points with 15. Bamba scored double-digit points for just the ninth time this season (he averages 5.6 points per game).

Staying in the Hunt

A win against Atlanta helps the Magic stay in the playoff race and maintain a healthy hold on the eighth seed in the Eastern Conference. With every team in the conference struggling in their last 10 games except the top-three teams (the only three teams with winning records in the last ten games), Orlando has been able to stay afloat.

In the mess of the Eastern Conference, they have managed to gain two games on the Brooklyn Nets to get within a half a game of the seventh seed.

The Magic get the day off before returning to Orlando to play the Minnesota Timberwolves on Friday at 7 p.m.

Harrison is a sports coordinator at ESPN 98.1 FM/850 AM WRUF. He served as a beat writer for Florida Gators football for the 2019 and 2020 seasons. He also contributes to WRUF's Gainesville Sports Center segments and makes appearances on the Clash on Harp on Sports. Harrison has been a content writer for WRUF since January 2019 as well.
@HarrisonSmaj
Previous Gators men’s basketball pick up crucial win, trounce LSU 81-66
Next Heat Struggle all of February