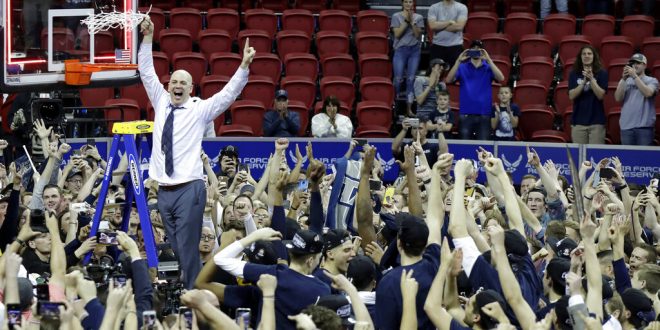 Five Teams have punched their ticket to March Madness

Selection Sunday is less than one week away and five teams have punched their ticket to March Madness.

It started with Utah State stunning No. 5 San Diego State 59-56 Saturday to win the Mountain West. After falling the first two tries, the Aggies got the Aztecs the third time around.

With the game tied at 56, Sam Merril drains a three with 2.5 seconds left to give the Aggies the lead.

The Aggies only had two players with double-digit points with Merrill having 27 and Neemias Queta with 15.

Merrill, who grew up in Logan, Utah, won the tournament MVP for the second year in a row and finished with 83 points in three games in the tournament.

Utah State is a team that has shown they can beat top teams as they have already beaten LSU and Flordia earlier this season.

Belmont under first-year head coach Casey Alexander finishes the season with a 26-8 record after taking over for Rick Bryd.

Also on Sunday, Winthrop won their matchup against Hampton in the Big South Conference after trailing the entire first half.

In the Missouri Valley Conference, Bradley eased past Valparaiso 80-66 to win their second consecutive conference title. Darrell Brown finished with 21 points and nine assists as five players for Winthrop had double-digits in points.

The fifth team to clinch a bid to the big dance is the Liberty Flames. They won 73-57 against Lipscomb in the Atlantic Sun title game. It is their first time making the tournament in back-to-back seasons (fifth overall).

The Flames have allowed 57 points and entered the game allowing 53.7 points a game this season, second-lowest in D-1 behind Virginia.

Another team will clinch a spot to play in March Madness with East Tennessee State and Wofford playing for the Southern Conference Championship tonight. The game will start at 7 p.m. in Asheville, North Carolina.