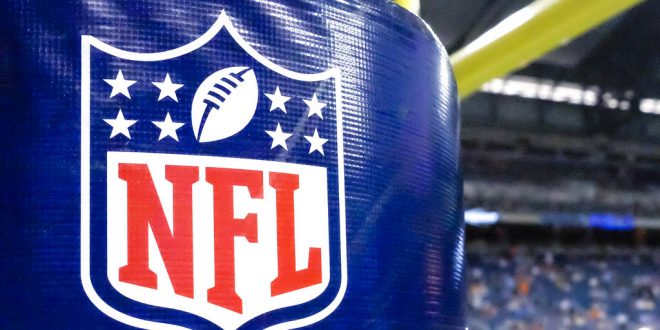 FILE - This Aug. 9, 2014 file photo shows an NFL logo on a goal post pad before a preseason NFL football game between the Detroit Lions and the Cleveland Browns at Ford Field in Detroit. A federal judge Wednesday, July 18, 2018 denied a request from the NFL to appoint a special investigator to look into what the league says is extensive fraudulent claims on the $1 billion concussion settlement. (AP Photo/Rick Osentoski, File)

In the month since Super Bowl LIV, the NFL world has been nothing short of quiet. First, there’s the raging debate over Tom Brady’s future– will he stay with the Patriots or go elsewhere? But more pressing right now is the upcoming vote on the league’s Collective Bargaining Agreement. The vote was initially scheduled for March 12, but it has now been pushed back to March 14. Its terms will drastically affect the state of the league.

What is the CBA?

The NFL’s CBA is a labor agreement derived from negotiations between NFL owners and the NFL Players Association. The agreement determines the league’s salary cap, drug testing protocols, benefits for retired players, and much more. The current agreement has been in place since 2011, a length that was unprecedented for CBA agreements. Though it does not expire for another year, the NFL is pulling in strong TV ratings, and members of the league wanted a new agreement in place before new network deals are negotiated. The new deal would remain in effect until the spring of 2031.

The terms of the new deal are nothing short of small. Under the proposed agreement, the regular season will consist of 17 games, the playoffs will expand by two teams, and minimum salaries will rise. Currently, a rookie’s minimum wage comes in at $495,000; the new deal would increase it to $610,000 immediately and raise it to $1 million by 2029. Increased penalties for DUIs and training camp holdouts are also on the table.

DeMaurice Smith, executive director of the NFLPA, believes the new deal will be beneficial for the players.

However, he supports the way some players have spoken out against the new CBA on social media.

Several influential players are in favor of the deal, including Drew Brees and Ryan Fitzpatrick.

It's been a polarizing CBA vote with many stars publicly announcing an emphatic "no," but Dolphins QB Ryan Fitzpatrick becomes the most prominent player to explain why he's voting "yes." Story: https://t.co/u2NA4RKrk4

However, other major names, such as JJ Watt and Mike Pouncey, are outspokenly opposed.

Hard no on that proposed CBA.

Only time will tell if the vote passes, but if it does, the NFL as we know it will no longer remain.

Previous Five Teams have punched their ticket to March Madness
Next Yelich signs deal, happy to stay in Milwaukee