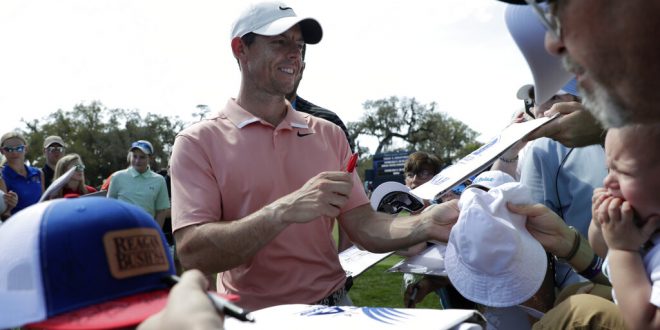 What’s the worst thing to spread disease? Tightly packed spaces with people. How do fans watch a golf tournament? In a tightly packed space coming into constant contact with other people. You see where this is going, right? Coronavirus causes concerns in sports yet again.

Update on the PGA

ESPN golf analyst Bob Harig joined Steve Russell on Sports Scene today. Harig talks about the current state of the PGA tour and where the league is at.

Harig describes everything as “business as usual” but still expects precautions to be taken by fans, players and league.

This disease affects every aspect of life for some. On Tuesday, PGA Tour commissioner Jay Monahan said there are no plans to cancel any PGA events nor limit access to fans and media. Still, the concerns are real. There’s no telling how this will affect fan attendance and player participation, but certain pros like John Rahm, who is currently ranked second in the world, is definitely worried.

The Players Championship is still scheduled to start tomorrow, but officials are ready for anything. The tournament that is scheduled to take place in San Francisco should be fine but again, anything is possible.

I'm told officials from the PGA Tour and PGA are discussing a contingency plan that could move @PGAChampionship from Harding Park in San Francisco to TPC Sawgrass. PGA statement below. #coronavirus pic.twitter.com/vb1JhQtNUp

What other leagues are doing?

It’s interesting that the PGA has no restrictions yet. The major sports leagues around the country have joined in on closing locker rooms to the media. This is a positive step in containing the virus.

The virus has already affected numerous sporting events and leagues. The College Basketball Invitational canceled its postseason tournament, the Golden State Warriors-Brooklyn Nets game will have no fans and Italy has canceled Serie A soccer.

This virus is unpredictable. But one thing for sure, it’s only a matter of time before the PGA Tour gets on board with limitations and restrictions in response to the virus.