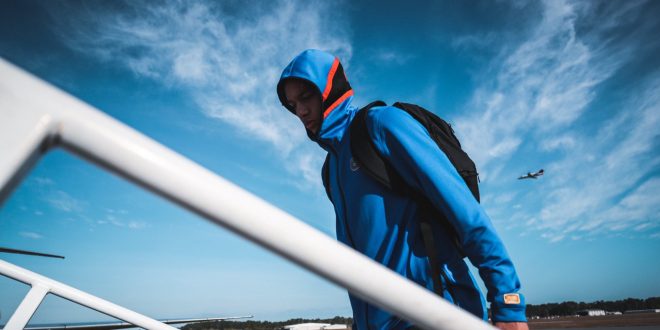 The Gators men’s basketball team travels to Nashville to participate in the 2020 SEC Tournament this weekend. Florida faces the winner of Georgia’s matchup against Ole Miss.

Florida ended its season with a heartbreaking 71-70 loss to Kentucky. They finished their season 19-12 (11-7 in the SEC) and fourth in the conference. With their loss to the Wildcats, the Gators missed out on the second seed in the SEC Tournament. This seeding would have given Florida a double-bye, but instead the Gators will play in the second round.

Against the Wildcats, senior Kerry Blackshear Jr. sprained his wrist in the waning moments of the first half. He would try and play in the second half, but ultimately sat out for the remainder of the game.

Here’s the way that the SEC Tournament bracket is looking for the #Gators. They’ll play the winner of Georgia v Ole Miss, both are teams Florida beat this year. If the Gators won that game they’ll face a Miss. State team that they lost to in January. pic.twitter.com/62CMIo9GA5

The Gators won both games against Georgia this season. Each win against the Bulldogs involved a double-digit comeback, including a 22-point comeback that was the largest in program history. On the other side, Florida split the season series against the Ole Miss Rebels this season.

If the Gators defeat their opponent in the second round, they’d face a Mississippi State team that they lost to on Jan. 28, 71-78.

Coming into the tournament, questions remain about the team’s worthiness of an NCAA Tournament bid. According to freshman guard Scottie Lewis, the team’s road ahead shapes their future.

“There was high expectations preseason and we kinda didn’t meet those, so we’ve just had this constant chip on our shoulder and constant weight on our shoulder; so going into the tournament we’re looking to win. We’re gonna worry about Selection Sunday when that day comes and we’re wanting to win our second [tournament] championship this year. We know how to do it and we know what it takes and our coaching staff knows what it takes.” -Scottie Lewis

When asked about whether his team has earned an NCAA Tournament bid, coach White dismissed the question. According to him, the team is locked in on the SEC.

“I’m so locked in on this next practice. … I just don’t know. I haven’t even let myself go there. We want to win the next game. I want our guys focused on attempting to win a conference tournament championship, and to do that you have to win the first one, and to do that we have to be good today. That’s what we’ve talked about. I’ve really just left it alone.” -Mike White

One of the largest points of emphasis for the Gators going into the SEC tournament is the availability of Kerry Blackshear Jr. The senior transfer from Virginia Tech averages 12.8 points per game and 7.5 rebounds per game. According to head coach Mike White, Blackshear is questionable for Thursday’s game.

Players understand the impact that Blackshear has on the floor.  According to coach White, the entire offensive gameplan changes with Blackshear on the bench.

Lewis knows this too. According to him, players are going to have to step up in a big way.

Tip-off of the Gators men’s basketball game in the second round of the SEC Tournament starts at 3 p.m. on the SEC Network. Radio coverage starts around tip-off on ESPN 98-1 FM 850 AM WRUF.

Steven Walker is a beat writer for ESPN Gainesville and is currently studying Journalism & Sports Media at the University of Florida.
@swalker_7
Previous Williston Boy’s Baseball faces critical test against North Marion
Next Kershaw takes the mound for his ninth Opening Day start