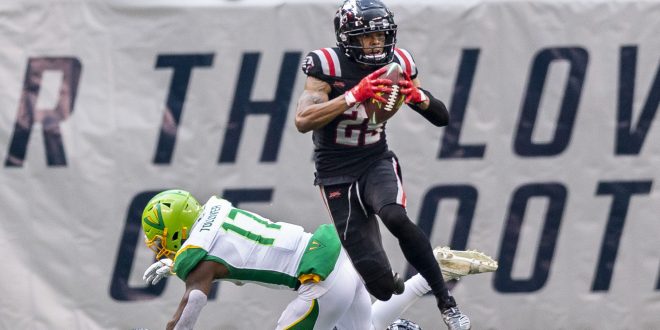 The new professional football league that debuted in 2020 has hit pause on its’ regular season until further notice due to the coronavirus. On Thursday, the league announced that play would be suspended. The league had completed half of the regular season so far.

Currently, with the cancellation of the season comes questions surrounding player contracts, payments, and opportunities for players to sign with any NFL teams who are interested. In the statement issued the league, the XFL is assuring all players that they will be paid their full base pay and benefits for the regular season.

Exit physicals for all current XFL players will begin today. Conveniently, the NFL free agency is set to begin tentatively on Monday. This cancellation will allow the opportunity for XFL players to transition to the NFL sooner than expected.  The timing may offer a smoother route for players looking to make the jump into NFL, some for the first time or even for those who would be returning back to the league.

Many stars in the league may have an opportunity try their hand in the NFL. For example, players like Houston Roughnecks’ quarterback P.J. Walker and wide receiver Cam Phillips are two likely candidates. Both could feasibly make the jump back to the NFL. The Houston duo in just five weeks of play logged 65% completion rate and 1338 yards for Walker and nine touchdowns for Phillips on 31 catches and 455 yards. The Roughnecks, with likely a finished season, ended at 5-0 and at the top of the Western Conference.

Houston… this was an amazing experience. The fans was turnt up each week. @xfl2020 appreciate the Opportunity! @XFLRoughnecks #ForTheH

Even with the assurance of payment for the players, some fans are skeptical that the league will survive. Many fans are hopeful for the comeback for the 2021 season. In addition, the league announced they were committed to playing a full season in 2021 in a statement on Thursday. Players, commentators and teams alike are optimistic to see the leagues return next spring. Even more so, the hope of playing a full 10-week season.

It was both an honor and a privilege to be a part of @xfl2020. From @VinceMcMahon and @OliverLuckXFL to the coaches and players, I was impressed at every turn. Special thanks to my bosses @espn for allowing me to be a part of it. Can't wait for XFL 2021.

XFL selected three new coaches. History of the XFL The XFL is an American professional …