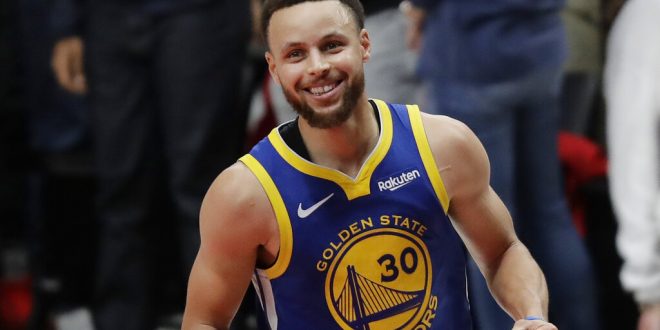 Stephen Curry Being Proactive While NBA Is Suspended

He made his long-awaited season debut in early March, but his return was short-lived. The suspension of league games on March 11 means fans must wait for all of the players, including Curry, indefinitely.

The two-time MVP is still making his presence felt, though. He has been vocal in raising awareness to combat the spread of COVID-19. On Twitter earlier today, Curry mentioned the importance of “social distancing” and how he has spent his off-time:

The effects of the virus reach beyond sickness, though. The lack of NBA games means thousands of arena workers are suddenly down a source of income. Many teams are working to alleviate this financial burden, including the Warriors.

Golden State announced Friday that their ownership group, coaches and players will donate $1 million to a disaster relief fund aimed to help the part-time employees.

Curry displayed another act of support for the Bay Area on Friday. In the wake of the Oakland Unified School District closing schools, Curry and his wife, Ayesha, announced they would play a part in ensuring the schools continue to provide food to students. According to the couple, over 18,000 local kids rely on their schools for hot meals.

Oakland is closing schools bc of COVID-19. We support this decision but are concerned a/b the 18,000+ kids that rely on school for 2+ meals daily. @eatlearnplay is donating to @ACCFB to ensure every child has access to the food they need. Join us & donate https://t.co/nDqF7OoO0Z pic.twitter.com/nFp0w1eFqH

Also, Curry joined 400 CEOs and investors in penning an open letter to the government asking for business owners to make a larger effort in combating COVID-19. The idea has taken on the #stopthespread motto on Twitter.

The letter calls for organizations to allow their employees to work from home and asks people to not attend or host social events, among other actions.

A Quick Look at the Stats

I'm a senior journalism student at Florida. I love sports, and I love covering sports. I'm one of the beat writers for the Gator soccer team right now, and if you follow me on Twitter @johnmiceli13 you'll never miss a soccer update
Previous Pitino Returns to Coaching
Next COVID-19: Yankees to leave Tampa